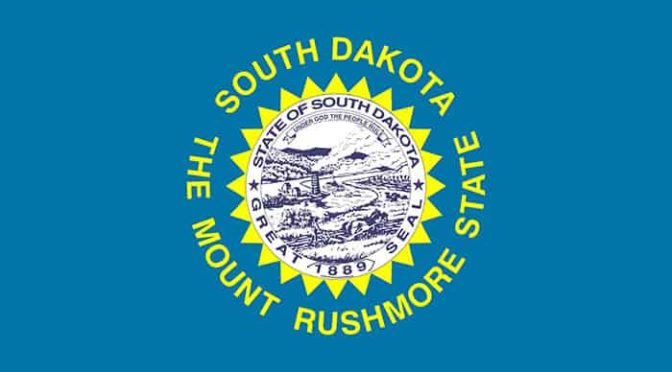 Leaders behind these state campaigns spoke about distinctive campaign challenges and recapped their efforts with volunteer and paid canvassing and voter education.

In addition to collecting signatures with masks, gloves and melting pens in the desert heat, Smart and Safe Arizona, the group behind the state’s 2020 adult-use legalization ballot measure, was busy in 2020 fending off a challenge in court by a campaign funded by the Center for Arizona Policy, according to the Arizona Republic.

“They challenged a couple different parts of our initiative, like they challenged the definition of marijuana,” said Alejandro Chavez, political director at Smart and Safe Arizona. “They didn’t want it to include edibles and other parts. But because we … followed so much of what medical had already laid out for us, that argument had already been made and determined in another case. They [also] tried to challenge something around [DUIs].”

In August, a Maricopa County Superior Court judge ruled in favor of Smart and Safe Arizona, and when Arizonans for Health and Public Safety appealed the ruling the next week, the Phoenix New Times reported, the Arizona Supreme Court confirmed the Maricopa County judge’s decision.

Though Smart and Safe Arizona won the cases, Chavez said the legal challenges delayed the state’s issuance of a proposition number, something initiatives become known by.

“Anyone who has a conviction of [the possession of] 2 and a half ounces or less will be able to have it expunged from their record,” he said. “Because you have to apply for it through the state, we are actually making funds available through part of the taxes that will help pay for that.”

Smart and Safe Arizona made bilingual calls to reach Arizona’s large Spanish-speaking population, Chavez said. (Hispanics make up 31% of the state’s population, and 66% of Arizonans age 5 and older speak more than one language at home, according to the Pew Research Center). The campaign has also received help in the form of endorsements from elected officials and community leaders, such as civil rights activist Dolores Huerta and U.S. Rep. Ruben Gallego (D).

To put together viable initiative language, New Approach Montana met with a lot of lawyers on its adult-use legalization push, said Pepper Petersen, the group’s political director and founder, adding that those lawyers had to in turn meet with lawyers. The group also worked with New Approach PAC and the Marijuana Policy Project.

“You’re going to have factions within the movement who say, ‘This isn’t good enough,’ or ‘It doesn’t go far enough’ or ‘Your tax is too high’ or ‘Your allocations aren’t written the way I want.’ … Then you go from there into the qualification process; you’ve got to get your signatures,” Petersen said. “Every state is different; Montana has a breadth and a depth requirement.” Signatures need to represent multiple legislative districts.

New Approach Montana decided that adult-use cannabis should be restricted to people who are 21 and older, like it is in other recreational states. However, that requires a constitutional amendment, as the state has simply defined an “adult” as a person who is 18 or older, Petersen said, adding that the 21-year-old age limit for alcohol also required a constitutional amendment.

The group, then, began gathering signatures for a legalization initiative, Initiative 190, and a constitutional amendment initiative, Constitutional Initiative 118. New Approach Montana had to acquire twice as many votes for the latter, Petersen said, which they anticipated would be difficult because “Montanans love their constitution.”

Reflecting back, he said, “We’ve got all of these complicated legislative needs here—and then COVID hit.” New Approach Montana was dealing with a shutdown due to COVID and was not granted the option to gather signatures electronically. Luckily for the group, the state gave them 45 days to obtain the signatures they needed.

Petersen and co. had to “reinvent the wheel.” “We had to create stationery places for people to come sign on the little tables,” he said. “You kind of look like you’re a Sandinista out there or something with a mask on, a flag behind you, so it was interesting.

Unlike campaigns in other states, NJ CAN 2020 in New Jersey didn’t have to gather signatures to put adult-use legalization on the ballot, but rather did so through the state legislature, said Axel Owen, the group’s campaign manager.

“It’s been a lot of making sure that we kind of push this narrative—we actually call it #TurnthePage, where we’re actually encouraging people to ‘turn the page’ on cannabis prohibition, but also to turn the page on their ballot, to ensure that they know we’re there,” Owen said.

“The nice part about our campaign is we’re just a broad coalition of people that are here,” he said. “Our internal steering committee is the ACLU, the NAACP, the Latino Action Network, New Approach PAC is also involved with us, DPA, NORML’s here.

“Some of our MSOs [multi-state operators] have started coming on board as well. So, it’s really interesting from our perspective because we have advocacy, industry and then the ancillary groups all working together to push this forward because they’ve all realized the situation that we have—that if we don’t get this passed now, the way the laws are created in New Jersey, we cannot push another constitutional amendment or a ballot initiative for at least three years.”

Whether due to “malice or incompetence,” Owen said issues have arisen with voting in New Jersey, as evidenced by mail-in ballots being thrown away and not properly sealed.

It’s also incumbent on voters to know how to correctly fill out their ballot. “The reality here for us is we actually have to do a multi-step process for/with a lot of our voters to educate them about the issue, about our placement on the ballot, but then also how to properly vote by mail—because if we don’t do all three of those, we can start losing a lot of votes very quickly,” Owen said.

South Dakotans have two cannabis measures them this year: Amendment A, which would legalize adult-use cannabis, and Initiated Measure 26, which would set up a medical cannabis program.

Amendment A would tax adult-use customers at a 15% rate and require the South Dakota Legislature to regulate hemp cultivation, processing and sale by 2022, said Drey Samuelson, campaign manager at South Dakotans for Better Marijuana Laws, one organization that put together these measures. (The amendment language was sent to the state before it legalized hemp cultivation and processing and the USDA approved a state industrial hemp plan, though Harris Bricken’s Griffen Thorne has noted that aside from a smokable hemp ban, South Dakota hasn’t established clear regulations addressing the sale of hemp.)

Samuelson added: “I think the other thing that it would do, which I think is just beneficial to the world of democracy, is it would prove that even in conservative South Dakota, people working together, banding together, around a common goal can overcome the institutional opposition to social change.”

Melissa Mentele, executive director at New Approach South Dakota, the other group behind Amendment A and IM 26, echoed that sentiment.

“We started six years ago with this initiative, and we started in a state that was so red that the word ‘marijuana’ just made people cringe,” she said. “We really started it from the bottom. We went to the legislative session every year for six years and educated [lawmakers]. We started a Facebook page; I think the foundation of advocacy now in this generation is starting to educate people online. We grew it organically, no paid ads, to over 10,000 people in this little red state of under a million.”

Amendment A and IM 26, which would allow for home grows and a caregiver program, would drastically change the paradigm around cannabis in South Dakota. Mentele pointed out that the state has a unique felony ingestion law.

“The moment you step off a plane from, say, Colorado or California and you have consumed cannabis, even if you don’t have any in your system, you are an immediate felon in the state of South Dakota,” she said. “We’re the only state in the nation that does have that law, so we’re making a huge change here—hopefully some social justice change and giving access to patients.”