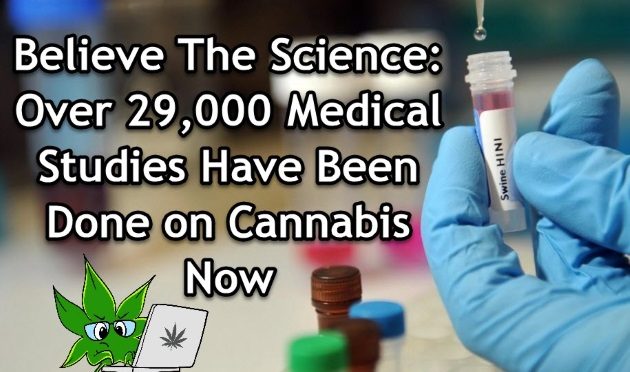 The proof is in the pudding, or so they say. But if you’d like the truth about cannabis, just look at the growing body of research.

From the years 2000-2017, there’s been over 29,000 studies focused on cannabis alone, according to a recent research review that’s been published in Population Health Management. The review, conducted by a research team in Israel, revealed that the spike in cannabis research surged dramatically within that time frame.

To conduct the review, they looked at online research databases including Web of Science and PubMed. There was an especially large spike starting in 2013, but what was interesting was that the jump in cannabis research outperformed all other areas of scientific research when you look at the big picture. Annually, all other scientific publications jumped up 2.5 times from 2000-2017 (from 531,664 to 1,282,220); meanwhile, cannabis-focused studies increased 4.5 times (from 620 to 2,388). The quantity of studies on medical cannabis increased a total of 9 times in the 17-year span; in 2000 there were just 82 but by 2017, there were 742.

The researchers found a little over 29,000 scientific studies on cannabis which were published within the 17-year time frame, and 3,300 of them were focused on the medical uses of cannabis.However, the most prominent increase in research went to psychiatry.

In the field of medical cannabis, a great deal of studies was dedicated to its ability to treat chronic pain, HIV, epilepsy, nausea, and multiple sclerosis. There was also a notable increase in studies assessing the impact of cannabis in cancer and neurology from 2011-2013, and since then there’s been more studies analyzing the effects of cannabis on kids and the elderly. The researchers also note that more than 60% of these studies are “original research” with 66% of them coming from the United States.

The Role of Legalization in Cannabis Studies

“The absence of an increase in publications on cannabis until recent years would appear to be related to the United Nations Single Convention that prohibited the use of cannabis for recreational purposes and had broad support in most of the developed countries,” states the researchers. “It is noteworthy that the significant growth in the number of publications on medical cannabis since 2013 parallels legislation permitting the use of recreational cannabis in the states of Washington and Colorado in 2012 and in Alaska and Oregon in 2014, and subsequently in many other countries around the world,” the researchers explain.

What’s Next For Cannabis Research?

Experts predict that there will be a trend in funding more cannabis research in the next few years; more than ever before. Cannabis continues to be legalized in markets both in the United States and abroad, and the recent legalization of recreational cannabis by Canada could result in even more significant cannabis research.

Despite the evidence we have today that cannabis can be safely used to treat dozens of medical conditions, there is still much that we don’t know when it comes to efficacy and dosage. The impact of cannabis on the elderly, pregnant, and children are also areas that could do with much more research on cannabis.

The trend of more cannabis funding is already spreading in Canada and the United States, as well as Israel. Pharmaceutical companies are also continuing to pour funds into cannabis research, as well as other companies in the health and wellness sector. In fact, even colleges and universities have been on the receiving end of funding to do cannabis research. Some have even created entirely new courses so that students can have the option of studying the cannabis plant and its medical applications.