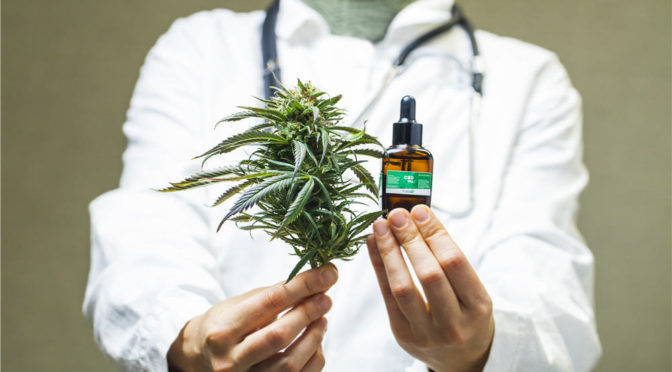 As cannabis consumption moves into the mainstream, we are quickly discovering how professional athletes don’t simply like cannabis, they need it – for its amazing medicinal and therapeutic properties. An article from Stamford Advocate lays out the picture:

Many cannabis investors will already have noticed the recent move by football great, Joe Montana, into the cannabis industry. Stamford Advocate notes some lesser-known names that have also entered the cannabis business: Al Harrington (NBA) and Riley Cote (NHL).

One of the consumer groups most interested in purchasing these cannabis products is professional athletes.

There’s no question that athletes, as a group, face significant health problems. More than 40 percent of retired NFL players show signs of traumatic brain injury, according to research presented by the American Academy of Neurology. And for many former players, injuries of all kinds on the field, the court, or the ice mean living with chronic pain — sometimes along with addiction from the drugs they were given to keep winning. A study in the Clinical Journal of Sport Medicine last year found that 26 percent of NFL players who’d been prescribed opioid painkillers during their careers were taking the drugs after leaving the sport — 14 percent as directed by their doctors, and 12 percent misusing them.

Motivated by this, Cote has done more than merely start his own cannabis business. He has also cofounded an advocacy group for former professional athletes: Athletes for Care.

Cote encourages other athletes to think of cannabis as both a therapy and a business opportunity. “This is all for the greater good of all people,” he says. “So why not hop on the bandwagon and be a part of it in some capacity? Use your skill set. It doesn’t matter what you’re good at; you can intersect that with the cannabis space and healing.” [emphasis mine]

While mindless media scribes and clueless politicians continue to regard cannabis as some sort of dangerous drug, back in the real world, cannabis only makes peoples’ lives better – including elite athletes. And it’s not just former athletes who want cannabis in their lives.

As The Seed Investor regularly reminds investors, cannabinoids (the active ingredients in the cannabis plant) are produced naturally within the human body. They are essential to promoting and maintaining human health.

For this reason, it should surprise no one that professional athletes find that cannabis not only improves their training (consumed before a workout), it aids in their post-workout recovery.

In that sense, cannabis could be considered “a performance enhancing drug”. However, the enormous difference between cannabis and chemicals like steroids is that cannabis is a completely natural substance that only aids performance indirectly – simply by generally improving the health of the consumer.

Meanwhile, both the NFL and NHL players’ unions are officially studying the role of cannabis in pain management. The NFL is openly considering changing League policies on cannabis usage.

There is an obvious message for cannabis investors here.

If cannabis use can both improve the performance of healthy professional athletes and (greatly) relieve many of the medical issues for injured athletes, it can do the same for everyone.

No wonder that cannabis is steadily becoming a new consumer tradition among Americans. As cannabis stock valuations currently sit in a deep trough, this gives investors yet another perspective on the tremendous value proposition here.