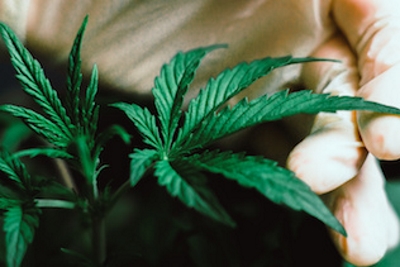 As the cannabis industry rapidly grows, employers in the sector are feeling overwhelmed with the sheer volume of employees they need to recruit.

A network for human resources professionals in the cannabis industry, called Cannabis at Work, was launched on Friday to meet the need. It aims to provide a forum for employers in the regulated cannabis industry to learn and build relationships.

The sector faces many challenges with new licensed producers entering the market on a regular basis and existing ones expanding their facilities, says Alison McMahon, chief executive officer at Cannabis at Work. The influx of new employees means a greater administrative burden for employers helping candidates settle in to their new roles and enrolling them in their benefits plans, she says.

As well, employers in the sector have to attract and retain highly skilled talent, says McMahon. Specifically, finding people to fill niche roles like cultivating or growing the product, which is challenging, she says. “They would want them to have previous experience growing cannabis within the regulated framework in Canada. There’s only a certain number of people who have held those roles in Canada over the last couple of years, so it’s not a huge pool of people.”

Employers would also want candidates in those roles to have a certain security clearance, a requirement that’s unique to the sector, adds McMahon. “We do find some pockets of roles where it can be challenging.” As for other roles, employees from different industries with transferable skills can fill them, she says.

However, many people are eager to join the growing industry with the recent legalization of marijuana in Canada, so employers have benefited from that, she says. “They’re in a pretty good position to attract employees given that there’s been so much hype around the cannabis sector and the fact that it’s kind of the green rush of our generation instead of the gold rush.”

On the other hand, employers still find some candidates are cautious about entering a sector that carries an illicit history, says McMahon. “I think [certain] people are still potentially concerned that moving into the cannabis sector could be kind of ‘career suicide,’ that if they were to move to the cannabis sector and wanted to go back to a different, more traditional sector, that that might be hard for them to do because of the stigma.”

So what can employers do to incentivize those hesitant to work within the cannabis industry?

First, employers should ensure their human resources practices align with companies from traditional sectors, says McMahon. “I think it’s really about making sure when they’re going through the recruitment process with a potential employee and then going through the offer stage of a process, that they ensure the process is well implemented and meets the best practices that those candidates would expect to experience in any other sector.”

Two surveys conducted by Cannabis at Work found salaries and employee benefits offered by cannabis employers were comparable to those from other sectors, says McMahon.

As well, contrary to societal assumptions, cannabis employers have implemented traditional benefits plans, she says. “The one area we’ve seen a bit more progressive stance is around covering medical cannabis in the industry. That doesn’t mean employers are allowing employees to be impaired at work, but that just means there’s a more progressive stance towards covering medical cannabis and that might be an option for individuals.”