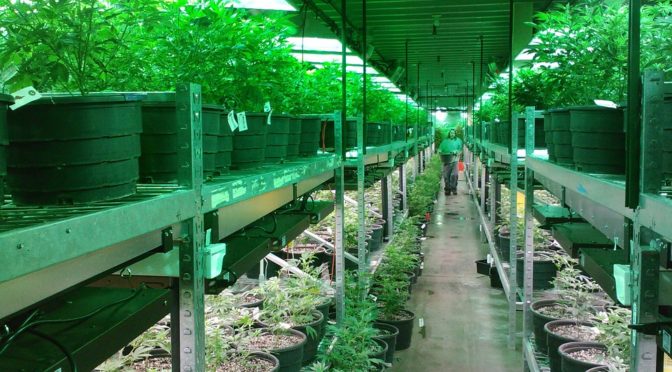 Everybody wins when governments are smart about legalizing cannabis

Readers are familiar with the cliché of a “win/win” proposition.

The state of Colorado is the cannabis Poster Child for legalization done right.

As Congress (finally) gets serious about putting an end of cannabis Prohibition at the national level, this is an ideal time to focus on a state that is (in every way) a model for the legal U.S. cannabis industry.

State governments need to pay attention. They literally can’t afford to fall behind Colorado in advancing their own legal industries. Failing to do so means more than just missing out on (over the long term) billions of dollars in tax revenues.

States that refuse to get their act together on legalization risk having their own residents take their “tourism dollars” to Colorado – where they can have an enjoyable vacation and reasonable access to legal cannabis.

U.S. states have almost as powerful an economic incentive to create a strong/healthy legal cannabis industry as the cannabis companies themselves.

Soon U.S. voters will fully clue-in to the economic benefits of cannabis legalization – and the big losses for failing to legalize. Governments who stumble here will be punished at the ballot box. (Are you listening New York?)

Obviously, Colorado doesn’t have the largest state cannabis industry in the U.S.

California’s legal industry is estimated to be a $5.1 billion market in 2018. However, with only 14% of California’s population, Colorado’s industry is proportionately much larger.

By comparison, California has done a much worse job than Colorado in legalizing cannabis.

A full 60% of California cannabis revenues in 2018 were estimate to have gone to the black market. Colorado’s cannabis black market is estimated at less than half that size.

Why has Colorado done much better? It couldn’t be simpler: reasonable regulations and rational taxation. But this is something that seems to be beyond the comprehension of nearly every other state government.

Regulations for cannabis commerce are absurdly restrictive in most states. This not only eats up enormous time and energy in opening up new legal cultivation, manufacturing, or retail operations. It piles on (in some cases) enormous costs of doing business.

Then state governments compound this folly by piling on ridiculously excessive taxes. Here Colorado learned from its own mistake.

This is a headline from Colorado six months after it first legalized recreational cannabis:

Readers didn’t need to go past the sub-title to get an answer to that question:

Although marijuana is now legally available for purchase in Colorado, the black market for it is thriving. The reason is high prices. Legal sales of marijuana are taxed at nearly 30%. [emphasis mine]

So what did Colorado do? It cut taxes on legal cannabis — significantly.

Today, total taxes on cannabis sales are now at less than 18%. This made the legal industry price-competitive with the black market.

The state has now harvested more cannabis tax revenues than any other state. For the cannabis industry and investors: Colorado also boasts the highest per-person sales ($280 in Colorado, $220 in Washington, $130 in Oregon).

Almost every day we hear U.S. politicians say: “cut taxes to raise tax revenues.” Why don’t we hear more of them saying this about cannabis?

Answer: 100 years of cannabis Prohibition and the anti-cannabis propaganda that came with it.

Profound ignorance about cannabis (and left-over biases) means that many U.S. politicians are still incapable of thinking straight on cannabis.

Cannabis is non-toxic and non-addictive, infinitely safer than either alcohol or tobacco products. Encouraging consumers to switch from these dangerous drugs to safe cannabis offers more “wins” for everyone.

Even with the (legal) cannabis industry still in its infancy, a TSI Exclusive has reported how cannabis is already making serious inroads into alcohol consumption as an alcohol-substitute, (globally) a $1 trillion per year revenue pie.

But the legal cannabis industry can’t take more of those $billions from the alcohol industry with state governments standing in the way with excessive taxation and onerous regulation.