Canopy Growth could be the first Canadian cannabis cultivator to list on the NYSE.

So far there have been no cannabis cultivation companies listed on the New York Stock Exchange. The closest thing to it is Scotts Miracle-Gro which has been acquiring various businesses that sell products to marijuana growers. One of Canada’s largest pot producers is looking to make history by entering the NYSE. Canopy Growth applied to be the first cannabis cultivator on the NYSE and they expect shares to be trading under the symbol CGC by the end of May. The company is already listed on the Toronto Stock Exchange under the ticker symbol WEED.

Another Canadian cannabis company called Cronos Group Inc. has already listed in the U.S. on the Nasdaq this February. Originally, Canopy’s Chief Executive Officer Bruce Linton was a step away from filing to list on the Nasdaq Stock Market when he decided to shift focus to a deal with Constellation Brands Inc., a large producer and marketer of alcohol. He told Bloomberg why he ended up applying to the NYSE instead.

“Ultimately one of them is on Wall Street and has a bit more history and cache, and the neighbors on it are pretty substantive companies,” Linton said in a phone interview.

Despite not having any operations south of the Canadian border, Linton hopes listing on the NYSE will make the company more appealing to U.S. institutional investors.

“One of the primary drivers of this listing is, as we are expanding globally, having U.S. institutional investors helps,” he said. “I think the investment community has to drop the pot jokes and talk about the investment grade opportunity.”

The company will still need to file a Form 40-F Registration Statement with the Securities and Exchange Commission for approval the NYSE and its regulators before they can be listed. 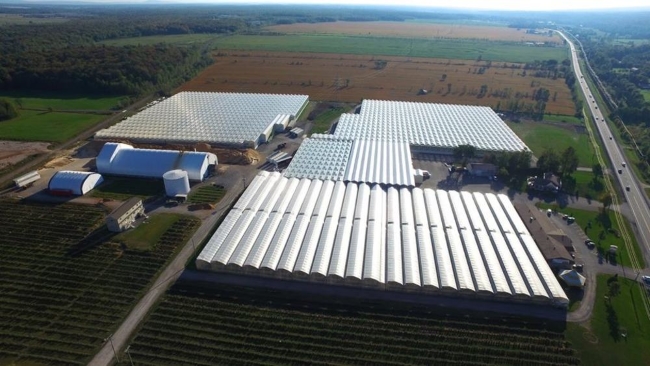 Canopy isn’t the only Canadian cannabis company looking to expand globally. One of their largest competitors, Aurora Cannabis currently has the biggest cannabis deal ever in the works. They’ve been acquiring assets to improve and expand their global distribution network. While Aurora is the largest deal maker, Canopy remains on top when it comes to revenue and market value with stocks more than tripling in the last year.