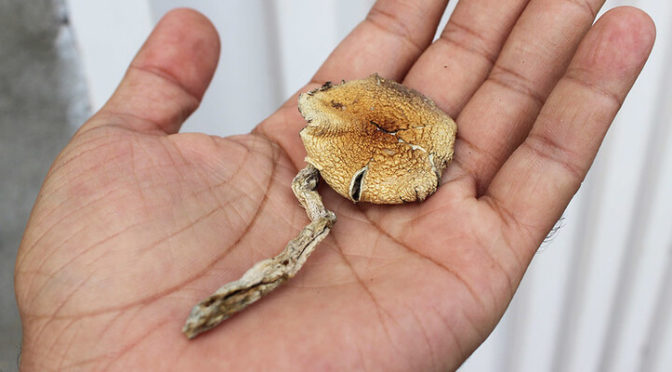 Approximately 2.3% of adults will suffer from symptoms of Obsessive-Compulsive Disorder at some point in their life. The disorder is characterized by intrusive, persistent thoughts and compulsive behaviors and a substantial number of people don’t respond well to standard treatments.

A report recently published in the Journal of Psychoactive Drugs presents the case of a 30-year-old man who showed clinically significant reductions in treatment-resistant OCD symptoms after consuming psilocybin-containing mushrooms, more commonly known as “magic” mushrooms.

The man had suffered from disabling symptoms even after treatment with a variety of medications, including antidepressants, nonsteroidal anti-inflammatory drugs, and ketamine. He was undergoing treatment at a clinic when he decided to take psychedelic mushrooms.