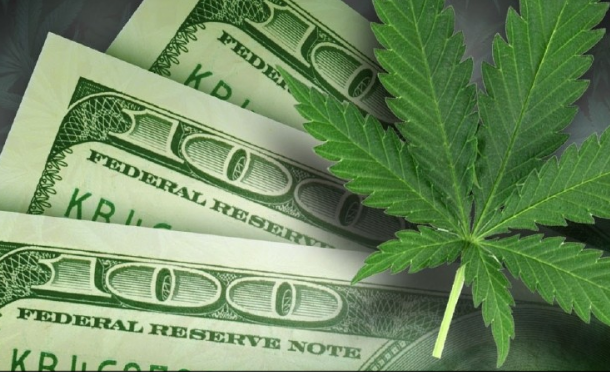 Weed may be legal in two-thirds of the United States for medical purposes, recreational use, or both, but any profits are still drug monies under federal law. Until the federal government changes its stance on marijuana, companies that operate legally, in states that allow cannabis sales, must work on a cash-only basis. This puts them at immense risk of theft, armed robbery, assault, and worse.

The Problem of Law

Under federal law, marijuana remains an illegal substance. According to the United States Department of Justice, weed is a Schedule II drug under the Controlled Substances Act of 1970, where it shares company with the likes of much, much harder drugs, including LSD, heroin, and ecstasy. The law considers drugs in this category to have no medicinal value whatsoever and a high likelihood of abuse.

Clearly, cannabis does not belong there. Science proves it possibly the most medicinally valuable plant on the planet, with researchers discovering new therapeutic uses for it near daily. It is also not dangerously addictive, as is the case with heroin and cocaine, although dependency is more common than one would think. Despite this, the federal government stubbornly refuses to reclassify weed.

The Problem of Banks

The banking industry will not do business with companies profiting from illegal trade, even if that trade is legal in the state they reside in. All monies made from the cannabis market are federally illegal. If the banks offer services to weed companies, they are themselves breaking the law by banking drug money. As a result, they could face an array of federal charges, along with consequent penalties.

Because of this, marijuana businesses work on a cash-only basis. Some will charge your debit card under a fabricated sale of another, federally legal item. However, most work solely with cash. Clients pay for buds in cash, and they use cash to pay suppliers, wages, distributors, and more. Even worse, they do not qualify for bank loans and other essential banking services.

The Problem of Cash

Since weed companies cannot access banking accounts, cannot make deposits, cannot withdraw monies from a safe place, cannot get loans, cannot do anything other businesses take for granted, their financial security is significantly compromised. They are at risk of all criminals, opportunistic or not. Carrying cash around makes them a target for anybody looking for a quick cash heist.

Not only does federal law put their financial safety at risk, but it directly puts their very lives in danger too. Criminals will steal what they can, but they are not shy to use physical violence if need be. Physical assault, assault with weapons, even murder, is not beyond the skills of those wanting to rob a weed store. Delivery drivers are under constant threat and owners need security guards just to close shop.

The Problem of Alternatives

Because pot shops cannot put their money safely into a bank, they must get creative to find solutions. Some stash cash under their mattresses, but most must break the law to protect themselves. Many deposit their weed earnings into different bank accounts, such as for property, construction, or other types of businesses. Yes, this is the very definition of money laundering, which is also a federal crime.

Few, if any, are honest about their earnings, despite the fact that there is no need for dishonesty since states are legalizing weed at a rapidly gaining momentum. Fortunately, some smaller banks and credit unions are offering a few basic banking services to marijuana companies, and as legalization spreads, more will join the fray. However, the issue will not resolve until the federal government legalizes too.

The Problem of Enforcement

Law enforcement is happy to have marijuana monies stay out of banks. Under federal “asset forfeiture” laws, officers get to seize cash and, astonishingly, use it to fund their departments, even if they just suspect it includes proceeds from a crime, such as selling weed. Under the same laws, they can even seize other property, including homes, cars, and other goods.

However, cash is better. It requires less paperwork and officers do not have to prove that cash comes from criminal activities. They do not even need to charge that a crime was committed. In Detroit, police have seized so much cash from Michigan’s weed dispensaries that the 500 stores of two years ago dwindled down to just 200 today.

Although it is maybe possible to recover seized monies, companies need a lot of money and time to fight it. They also need a judge amenable to victims in asset forfeiture cases. Weed companies are only legal at state levels, so federal officers can seize cash under federal law. Fortunately, most police departments respect state laws and do not routinely seize assets from legal, licensed pot dispensaries.

Until the federal government legalizes marijuana, or at the very least reschedules or decriminalizes it, legal cannabis companies have no option but to work on a cash-only basis. They have to face the risks bravely and find other ways to deposit their legally earned monies. Since states are legalizing at a domino pace, experts predict that the federal government will too. If not, its law will soon be irrelevant.

John Levy is a writer for Pot Valet, a leading weed delivery service in California. He spends his days researching the benefits of marijuana and sharing his findings with the world. As an advocate of legalization, he fights for everyone’s right to access it worldwide.