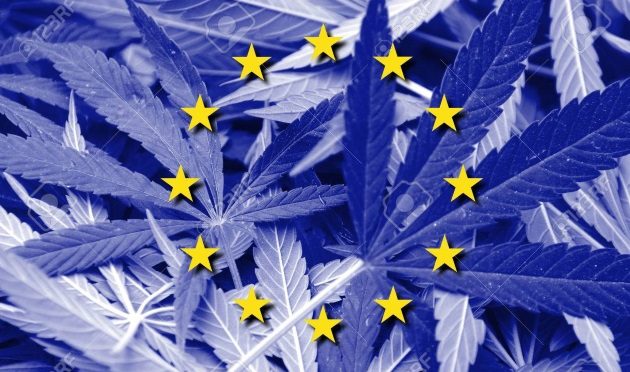 In the next five years, Europe is set to become the world’s largest legal cannabis market. With a population of more than double that of the United States and Canada combined, the market is ripe, and the industry has grown more in the last year than the last six combined, according to a new report.

More than €500 million has been invested in the cannabis industry to date, and six countries have announced new legislation regarding the growth, sale, or consumption of cannabis. France, the UK, and Spain are reviewing current legislation, while Germany, Italy, and the Netherlands – countries considered industry leaders – are focusing on expanding existing medical programmes. The market is primed and ready for harvest – one that could be worth as much as €123 billion by 2028, say researchers at Prohibition Partners in a report titled ‘The European Cannabis Report’.

Prohibition Partners was founded in 2017 with a mission to open the international cannabis industry through reliable data and intelligence. The organisation has grown to become a leading provider of market insights and consultancy, and aims to unlock the societal and commercial potential of cannabis.

Cannabis investments in the US and Canada quadrupled in 2018, catching the eyes of European policymakers. Simply stated, good bud brings good money – and “while Europeans do not expect a similar regulated recreational market [as those in some states in the US and throughout the entirety of Canada] in the immediate future, policymakers and businesses do anticipate substantial growth in the medical area.” 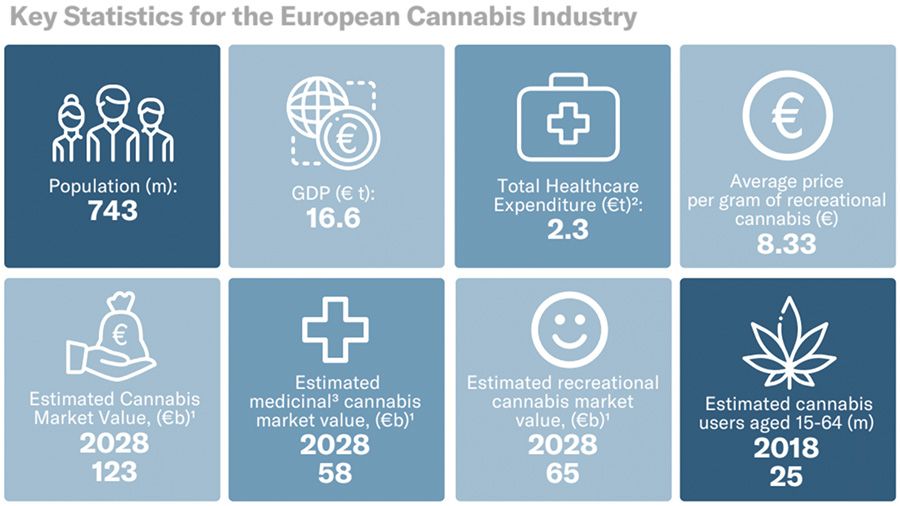 A lack of clinical data regarding the usefulness of medical marijuana is an obstacle facing the industry, meaning funding for reliable and effective research is essential. “Europeans also expect levels of regulation and standardisation across medical cannabis products to be perfected,” the report states. “A forthcoming review of the evidence surrounding medical cannabis from the World Health Organization (WHO) and the European Union (EU) could lead to a recommendation on its legal status.”

The report points to the economic benefits of a regulated cannabis industry in countries including Spain, Portugal, Italy, and Poland, which were greatly impacted by the 2008 recession. Countries like Greece and Macedonia could also benefit by cultivating cannabis to support “an ailing agriculture industry.”

There is also an absence of credible research into the financial (in the form of tax revenues) and employment opportunities provided by cannabis legalisation. In the US, thanks to the rather widespread legalisation of medical marijuana, as well as recreational legalisation in 10 states, the cannabis industry is expected to outpace manufacturing job creation by 2020. In Canada, where a cannabis human resources networking platform recently launched, cannabis industry sales are projected to be higher than liquor and wine in 2019. This extraordinary growth opens a wealth of opportunity along the supply chain, “as well as ancillary products and platforms” such as smoking devices and online retail portals for both consumers and healthcare professionals, such as Zeacann, a New Zealand-based cannabis start-up currently seeking funding.

Breaking down the bud

Per the report, there are four categories of cannabis: medical, pharmaceutical, recreational, and CBD. Medical refers to products prescribed by a medical practitioner for the treatment of a specific condition or disease. Pharmaceutical cannabis refers to products such as Marinol, which are produced using cannabinoids and have been through clinical trials and licensed as medicine. Recreational cannabis is any cannabis used for non-medical purposes, and typically has a higher concentration of THC – the chemical compound that provides the user a “high”.

CBD products are already available in many European markets, and used for “wellness purposes” such as sleep and anxiety. They do not require a prescription and have been excluded from the report’s market sizing. For its analysis, Prohibition Partners focuses greatly on the potential of recreational and medicinal cannabis. 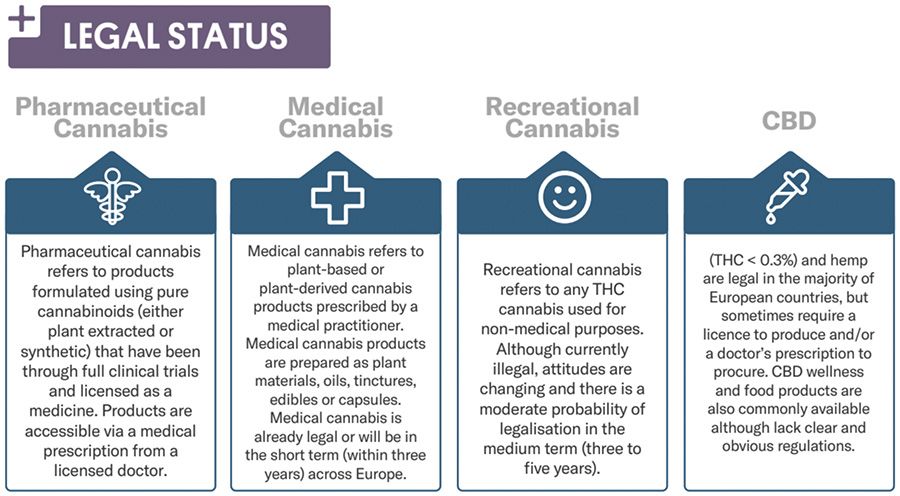 “With a market of 742 million people and total healthcare spend of €2.3 trillion, Europe will be the largest medical cannabis market in the world,” the report states. The market could be worth as much as €58 billion once proper legislation and infrastructure is in place in all markets. Insurance companies in Israel, Germany, Denmark, and Italy are now covering medical cannabis prescriptions, forecasting that in the near future “fulfilling medical cannabis prescriptions will become a basic requirement of any public healthcare policy.”

“By 2028, we estimate the European recreational cannabis market will be worth €65 billion. New products, distribution, and supply channels have further advanced cannabis consumption and presence throughout Europe over the last 10 years,” the report states.

As a continent, legislation is mostly examining medical cannabis and CDB products. As countries begin to adopt medical cannabis legislation, however, the benefits of a regulated market will become more apparent, in turn shining light on the appeal and opportunity of a regulated recreational market. “Since the beginning of 2018, Germany, Denmark, Malta, Greece, and Italy have all discussed the possibility of a fully regulated cannabis market, while Luxembourg has promised to introduce a regulated adult use market before 2023.” Employment opportunities, crime reduction, and potential increases in tax revenue are all “key driving forces for the establishment of a legal recreational cannabis market in Europe.”

Signs of marijuana’s impending legalisation are increasingly apparent, but there are several actions that must be taken to secure a stable foundation for the industry. Some are farther along than others. After Canada’s decision to fully legalise recreational cannabis in 2018, the WHO began to review the plant’s legal status. The European Parliament Committee on the Environment, Public Health and Food Safety is working to establish a “region-wide regulatory framework on medical cannabis,” which could lead to multinational regulation in 2019. There is a need for educational programmes for medical professionals, which are not yet established. Doctors and other healthcare professionals must be knowledgeable and informed as to the benefits and uses of cannabis if it is to be properly introduced into a medical setting.

European countries also must create an intra-EU cannabis trade network. “Industry leading EU nations, Germany, Italy and the Netherlands are developing tenders for domestic cultivation licenses, seeking to build a domestic industry with localised supply of medical cannabis.” Growing cannabis within the continent will mean that there will be less dependency on product imports.

“Cannabis is slowly but surely entering new European markets,” the report states. As cannabis, medical and recreational, is introduced, regulated, and legalised, market penetration will occur all but naturally. “Health, beauty, and wellness were the first to capitalise, but food, beverages, and financial markets are creeping in. Announcements and investments from AB Inbev, Constellation Brands, and BlackRock are evidence cannabis stocks are becoming mainstream.”

In other words, it’s high time to buy in. Companies are making big moves for a chance to toke up on an emerging, almost certainly lucrative market. For now, it’s a waiting game – but by the looks of things it’s going to be a relatively short one.

According to a study by A.T. Kearney in the US, 76% of consumers would be open to trying legal cannabis as a therapeutic product. Meanwhile, an analysis by Deloitte found that the legal marijuana market could next year grow to $4.3 billion.