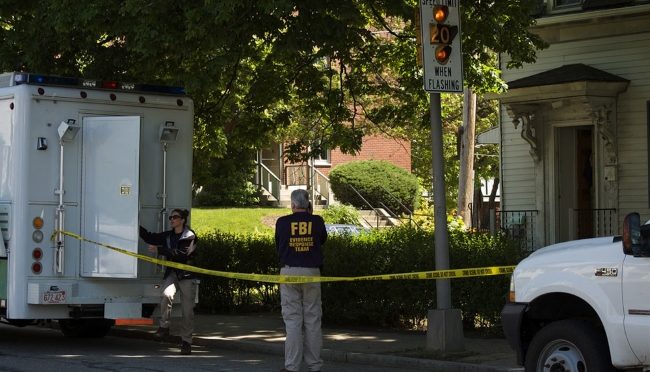 In a still-murky scenario of rare federal enforcement against municipal corruption, FBI agents last week raided the home of the mayor of Adelanto in Southern California’s San Bernardino county. In the same operation, a local cannabis dispensary was also searched. Economically troubled Adelanto has aggressively sought investment in its local cannabis industry, but paranoia in the wake of the federal raids could have a chilling effect.

The town of Adelanto, on the western edge of the Mojave Desert, has struggled to make budgetary ends meet since the closure of George Air Force Base in 1992, and was looking to cannabis legalization in the Golden State as the solution to its financial difficulties. But federal raids on the mayor’s home and a dispensary may give investors the jitters.

FBI agents on May 8 raided both Adelanto’s City Hall and the home of Mayor Rich Kerr, in what the San Bernardino Sun called “a widening corruption probe into the High Desert town’s dealings with marijuana businesses.” Agents also served search warrants at the Jet Room, an Adelanto cannabis dispensary, and the San Bernardino offices of the Professional Lawyers Group, where the office of the Jet Room’s attorney, Philip E. Rios, is located.

Kerr, who was handcuffed and briefly detained by agents during the raid on his home, told a City Council meeting the following day: “For the record, before we move forward this evening, the events yesterday were indeed daunting. It was literally a very disturbing and frightening experience for my family and myself.”

The warrants were sealed by a federal court, and FBI spokeswoman Laura Eimiller told The Sun she could not comment on the case other than to say they did involve “an investigation into criminal activity.” No arrest warrants were issued. The investigation is also said to involve the Internal Revenue Service and the San Bernardino County District Attorney and sheriff’s department.

In a written statement, a city spokesperson said that Adelanto was unaware of the nature of the case but is “prepared to cooperate with any investigation being conducted.”

The first developments in the case broke in November, with the arrest by federal agents of then-Councilman Jermaine Wright. Later indicted in Riverside federal court, Wright is accused of taking a $10,000 cash bribe from an undercover FBI agent in exchange for his help rezoning an area of the city for a cannabis transportation business. (Of course, the business did not actually exist.)

Wright is also accused of paying another undercover FBI agent $1,500 to burn down his barbeque restaurant, Fat Boyz Grill, in an insurance scam. Wright pleaded not guilty and awaits trial on the charges, which is scheduled for August.

Since 2015, under Kerr’s leadership, Adelanto has worked hard to attract the cannabis industry. His efforts have drawn national attention to the once-sleepy town and led to what the Los Angeles Times called a “cannabis land rush” as investors and entrepreneurs sought to exploit Adelanto’s open-door disposition. The LA Times headlined that Adelanto aspired to become the “Silicon Valley of medical marijuana.”

The town seems to be well on its way. A 30-acre industrial park in Adelanto has been divided into 21 units slated to be sold to cannabis cultivators at $7.5 million each. Across the city’s 360-acre cultivation zone, former warehouses and factories have been sold to cannabis concerns and are being retrofitted. Adelanto has so far approved only large-scale medical marijuana cultivation, as California is not set to issue permits for large-scale “recreational” cultivation until 2023 — though some growers have circumvented this delay by amassing an unlimited amount of permits for small grows.

As legal processes unfold in the coming months, we shall get a clearer idea of whether Adelanto officials overshot their own ambitions by skirting the law, or if federal prosecutors have singled the town out as a means of putting a chill on California’s burgeoning legal cannabis economy.

TELL US, do you think there’s corruption in the California legal cannabis industry?