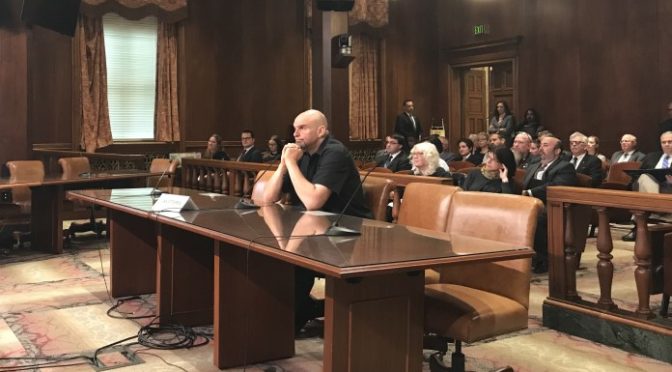 Appearing Monday before a joint hearing of the House and Senate Democratic Policy committees, Fetterman shared the preliminary findings from his statewide recreational marijuana listening tour, which began in January, and will take him to each of Pennsylvania’s 67 counties to hear residents sound off on the policy debate.

Bills in the House and Senate would make recreational marijuana legal for all Pennsylvanians over the age of 21. But the legislation faces staunch opposition from Republican leaders in both chambers, who have final say on what bills make it to Gov. Tom Wolf’s desk.