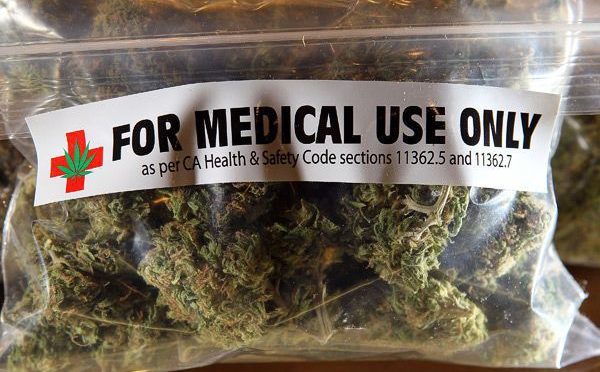 More doctors are warming up to marijuana’s medical benefits—and companies are angling for a piece of a market that could reach $50 billion by 2025.

Three years ago, Dr. Lydia Hatcher had a straightforward answer when chronic-pain patients came into her clinic in Hamilton, Ont., asking for marijuana: no. Since then, whispers and research in the medical community about what the drug can do have sparked a change of heart. She’s now prescribing pot and seeing the benefits in patients who have exhausted other options. One wheelchair-bound 97-year-old woman was able to get up and dance after receiving treatment for arthritis.

“When you see results like that, it makes you feel there’s something more to this,” Hatcher says, noting that more than 10 percent of her patients use only cannabis to treat their pain and related symptoms.

All the focus this month is on Canada legalizing recreational use, but the real money could be made in medicine. More than 20 countries, including Germany, Mexico, and Australia, have approved the use of medical marijuana. Denmark and Luxembourg have taken steps to legalize the drug for medical use. The U.K. plans to allow prescriptions for cannabis-derived medicine by fall, and investors expect many more to follow.

Medical marijuana sales are expected to dip in Canada when recreational use becomes legal, but significant growth is expected in markets where medical marijuana programs are emerging, according to a report from Arcview Market Research and BDS Analytics. The global medical pot market could be worth more than $50 billion by 2025, from $8 billion in 2017, 10 times the projected size of Canada’s total marijuana sector, according to PI Financial Corp. Medical “is potentially bigger, for sure as a percentage growth,” says Bruce Linton, chief executive officer of Canopy Growth Corp.

There are signs pharmaceutical companies are already coming on board. In June the U.S. Food and Drug Administration approved GW Pharmaceuticals Plc’s Epidiolex to treat two rare forms of childhood epilepsy. It was the first medical treatment derived from the marijuana plant to get the greenlight for sale in the U.S. British Columbia-based producer Tilray Inc.already has an agreement to develop products and delivery systems with Sandoz, the Canadian division of Novartis International AG of Switzerland. Tilray could also could see a cash injection from a pharmaceutical company “with possible investment from a global player occurring within the next 12 months,” said Graeme Kreindler, an analyst at Eight Capital Corp., in an Aug. 13 report.

The biggest opportunity for medical marijuana could be in pain treatment, Scorsis says. The opioid crisis across North America has physicians and patients seeking safer alternatives in the pain sphere. Opioid overdoses increased 30 percent from July 2016 through September 2017, according to the National Institute on Drug Abuse. And more than 115 Americans die daily from opioid overdoses, Bloomberg Intelligence analysts Kenneth Shea and Brian Rye said in an Aug. 17 report. “Global pharmaceutical companies are terrified that medical cannabis products are a substitute for their opioid products,” says Brendan Kennedy, CEO of Tilray.

“It’s a big opportunity for Canadian companies,” says Jason Zandberg, an analyst at PI Financial. “It really takes off in terms of market size when pain is covered.”

BOTTOM LINE – The global medical pot market could be worth more than $50 billion by 2025, 10 times the potential size of Canada’s marijuana sector.