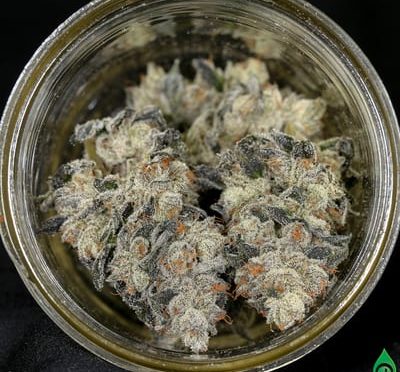 Cannabis genetics are the cornerstone of Green Dot Labs’ Boulder, Colo.-based concentrates operation, and according to co-founder Dave Malone, the craft beer industry provided the inspiration he needed to give the company’s unique cultivars their own identities.

Malone says the craft brewing industry started out as a select few companies with lines of beers that were almost indistinguishable among consumers, but as soon as brands began investing in marketing, consumers started gravitating toward specific brands.

The cannabis industry, he says, has a lot to learn from this approach.

“That’s what we’re aiming to do with our genetics, is give them their own identity,” Malone says. “People may prefer different brands for whatever reason, but they still look at our Cherry Fluff strain, for instance, which is [branded as] a beautiful cherry on a big pile of whipped cream, and [the marketing is] very captivating and seductive. People identify with that.”

Dan Banks, director of cultivation strategy for Denver- based Lightshade, echoes this sentiment, adding that marketing is beginning to play a large role in the cannabis genetics space, with name-brand recognition starting to emerge among consumers.

“You have a couple different demographics,” Banks says. “You have people who are used to getting certain things from dispensaries, [and] they want to see those things maintained. Then you have people who are interested in anything new and checking that out, and if it’s new, then they’re like, ‘I want more of that’ or ‘I want more from that lineage.’”

Founded in 2011, Lightshade is one of the largest Colorado-owned, vertically integrated cannabis operators in the state. The company operates a greenhouse operation in Denver, as well as four indoor grow facilities.

When Banks joined Lightshade in late 2019, the company was cultivating roughly a dozen varieties across its five facilities, but it has since grown its genetics library to nearly 70 cultivars, with roughly 30 in regular production.

“Over the last year and some change, we’ve grown the library of genetics in the company and then implemented what we call a phenotyping program,” Banks says. “Basically, that’s a systematic way of introducing new varieties into production and gathering information about their performance, both on the horticultural side and also on the quality [and] potency side, as well.”

“[We’re] really trying to get some unique variety, … while also trying to cater to consumers that are looking for specific name-brand strains, as well,” Banks says, adding, “A lot of the things that people are excited about right now, there’s a lot of marketing behind that. Sometimes that marketing has a lot of substance backing it up, and other times it’s just a lot of hype.”

Along those same lines, Malone says that companies can invest in robust marketing for a mediocre product, but that product still won’t do as well as better-quality offerings—product quality and marketing must go hand in hand.

“You can put all of the branding in the world on a jar of undifferentiated product and it won’t do well, but if you have integrity from the core, which is your genetics, it really extrapolates the value downstream when you do add these marketing layers to the product,” he says.

Green Dot Labs is entering its seventh year and maintains an in-house breeding program to create genetics specifically for its extracts.

“A lot of cannabis companies are curating genetics through a vast network that are available worldwide, whereas we’ve taken that into our own hands and steered the ship toward the goals that we set out, [so we’re] not necessarily … at the mercy of the market to provide content for the brand,” Malone says.

As it breeds new strains, Green Dot Labs brands them, which Malone says has become especially important in recent years as consumers have started to expect more from cannabis extracts.

“The consumer wants to know more,” he says. “They want to know the heritage, the lineage, where the strain came from, [and] what kind of flavors and experience they can expect when they open the package.”

Green Dot Labs has roughly 20 branded strains in its genetics library, and Malone says the branded cultivars outsell the company’s non-branded offerings, 3-to-1.

“There is so much content out there for the average consumer,” he says. “It’s overwhelming to find what strains work best for you. Everything in the current market, specifically here in Colorado, is extremely generic. A lot of companies haven’t taken this extra measure to differentiate their genetic portfolios.”

It’s a cultivator’s responsibility to tell the consumer why his or her product is better than others through branding, Malone says. The main points of brand differentiation, he adds, will be proprietary genetics that offer unique flavors and experiences, as well as the quality and efficiency with which these cultivars are produced.

When Green Dot Labs launched its breeding program, Malone says it took a qualitative approach. The company pursued genetics that mirrored nearly every type of fruit, from a banana to an apple, and also started breeding what he calls “gassy” varieties. Since not all genetics are created equal when it comes to performing well in the extraction process, data collected during extraction helped the Green Dot Labs team further refine its genetics offerings. Specifically, the company looked at extract yields, and pursued cultivars with differentiated flavors that offered as much resin as possible.

Green Dot Labs recently closed on a new facility in Colorado that will allow the company to expand and increase its R&D capacity as it heads into the new year.

“We’re going to be delivering new strains and new flavors that have never even been imagined by the most sophisticated cannabis connoisseur,” Malone says. “That’s the goal now.”

Another one of the company’s goals, he adds, is to find strains that perform well during solventless extraction.

“You see a lot of connoisseurs wanting to enjoy the solventless extract, but the problem with this and why it’s so expensive is because your yields are highly unpredictable and heavily predicated on the quality of the plants you produce and the genetics,” Malone says, adding that Green Dot Labs currently has 10 cultivars in its genetics library that work well with solventless extraction.

As the company heads into 2021, it will expand its extracts line by improving the resin structure of its favorite plants while also creating new cultivars.

“We like to offer something for everyone,” Malone says. “Each consumer has a certain taste, and we don’t want to alienate anybody. We want to make it so anybody who likes cannabis can come to Green Dot Labs and this can be their one-stop shop.”

For Banks and the Lightshade team, 2021 will be focused on establishing the company’s breeding program, which will include sourcing more genetic material and identifying desirable plants to work with.

“What we’ll do is try to establish a bank of male plants that we can then use to start crossing with females, and the other thing that we’ll do is look at partnering with some of the companies that are offering genetic mapping in order to get a better understanding of the source genetics that we have,” Banks says. “You bring something in and it has a name, but is it what they’re saying it is? We don’t know, but we can look into that.”

The market continues to change rapidly as consumers gain a better understanding of terpene profiles and minor cannabinoids, adds Nick Drury, Lightshade’s director of cultivation operations, and Lightshade will lean into consumer education and marketing to address these topics.

“People are realizing that it’s not just about THC content,” Drury says. “It’s also about your overall terpene profile, and how those terpenes and cannabinoids are interacting to produce a high. As people start to increase their own education into certain things, I think what you’ll start to see in the market as a whole is a shift … in terms of what people are looking for, and a little bit more interest in specific profiles, [which will do] away with the indica/sativa/hybrid terminology. … That will open up the market to a lot of cultivars that may be low in overall THC, but they might be high in CBN and all these other cannabinoids and all the different terpene profiles. … I would say education and marketing are huge in the upcoming year.”

“I think branding is just going to become more important than ever,” Malone adds. “[With] the quality [and] the differentiation being so vast, how you present the product to the consumer is really where the rubber is going to hit the road once competition elevates to this level.”