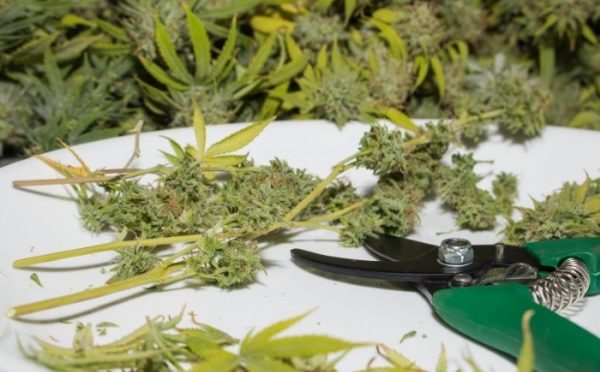 The North American Marijuana Index rose again on Wednesday, with pot stocks gaining on both sides of the North American border despite news of more tax woes out of California. According to reports, California’s burdensome regulatory system is forcing more than half of cannabis consumers back to the black market, costing the state more than three-quarters of its predicted revenue from the cannabis trade. The Index rose 2.41 points, or 1.07 percent, to end the day at 228.10.

Due to burdensome taxes, California residents continue to purchase cannabis off the black market, despite the drug being made legal at the turn of the new year.

In fact, California has imposed such high taxes on cannabis sales that about 20 percent of Californians go the illegal route. A new report from Eaze Insights showed that in the last three months one-fifth of Californians polled purchased cannabis on the black market. Eighty-four percent said they would do it again because the black market has no taxes and cheaper products. (The term “black market” encompasses both illegal street sales and shops).

Legal Cannabis Is Just Too Expensive

Consumers report that they would like to purchase marijuana on the legal market, but it is just too expensive. In fact, California charges a 15 percent excise tax, and the taxes are a major concern for consumers who are watching their wallets.

The Eaze report goes on to say that approximately 85 percent of Californians have at one time or another purchased cannabis from unlicensed producers, due to no taxes and lower prices. Others said that it is very difficult and time-consuming to find and identify licensed cannabis businesses in California and that it is simply easier to purchase on the black market.

It is not good news for state finances and regulators who are depending on tax income to fund California’s government programs. The state may be looking into cutting taxes to encourage and incentivize people to purchase cannabis legally. Proposals are floating around to cut taxes by five percent, which would hopefully incentivize consumers towards the legal market. Indeed, some savvy California towns caught on early; Berkeley for instance already cut its city tax in half—from ten percent down to five percent. It is no big secret—consumers care about fair cannabis pricing just as they would any traditional purchase.

California’s theory about what would happen with legalized recreational marijuana isn’t coming through to fruition quite as the powers that be had hoped. The premise was to legalize recreational cannabis, then regulate and tax it. After that, California’s state, city, and county governments would be overflowing in money from those tax revenues. Legalization would have the added effect of stamping out the illicit black market because people would buy the legal product. And with California representing the world’s largest recreational market, what could go wrong? In January 2018, California’s Legislative Analyst’s Office estimated $175 million in annual revenue from the excise tax. However, the state has only collected $34 million in taxes during Q1—well below the revenue that was projected.

Unfortunately, the compounded effect of high product markups and even higher taxes, as well as local red tape, has hampered legal sales in the state. Licensed producers markup their products to recoup costs from paying for things like pesticide testing and worker protection laws. The state enacted stricter regulations which went into effect in July, forcing consumers to pay for the more rigid safety standards on pesticides.

A mixed day on the markets was caused by falling oil prices and the return of investor panic of trade war fears. China struck back against the United States on Wednesday, hitting $16 billion worth of goods with 25 percent tariffs, the latest salvo in the back and forth maneuvering between Beijing and The White House.