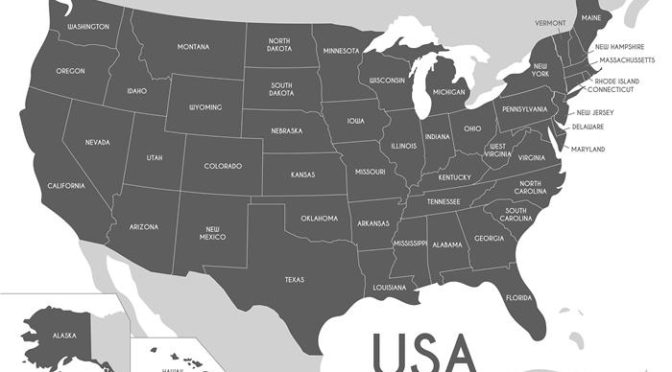 How to Build a Cannabis MSO

U.S. cannabis companies with multi-state operations (MSO’s) are a hot topic for many cannabis investors. But is there any formula here for success?

Cannabis has now been legalized for medicinal use in 33 states, with 11 states now also authorizing legal recreational usage.

As each state legalized, a new (legal) cannabis industry has sprung into existence. With the number of cannabis-legal states multiplying has come the opportunity to increase size and scale through multi-state operations. And the “multi-state operator” (MSO) was born.

Many U.S.-based cannabis companies are now pursuing this general strategy. Different business plans have emerged in terms of how to execute on that strategy.

Before becoming an MSO, a cannabis company needs to have a plan. Spread out laterally as quickly as possible, or build up a base and then seek to expand upon that foundation? Pursue full vertical integration or specialize in one or more sub-sectors within the industry? Which states?

With no clear winners (yet) among MSO’s, these are questions that have been asked but the answers have yet to emerge.

In terms of the pace of expansion, there is no single right answer. Spread out too fast and a company can suffer from both a lack of focus and the risk of excessive dilution. On the other hand, move too deliberately in building a base and a company risks falling too far behind competitors in other state markets.

The latest industry report from BDS Analytics, its Cannabis Insights June 2019 helps to frame the current picture for the U.S. cannabis industry.

While there are already significant revenue dollars on the table, those dollars are expected to triple after another five years.

For cannabis companies looking to compete as MSO’s, the message is that it’s not too late to get into the game. But you can’t afford to wait because there is a need to get positioned in these rapidly growing markets now.

For those companies that have already invested time/effort in building a base, now is the time to be leveraging that mass (and expertise) by spreading out.

Full vertical integration or choose to be more specialized?

Both business models have merit. The advantages of vertical integration are well known: operational efficiencies and synergies. But the world is also full of successful specialists. What’s right for the cannabis space?

Perhaps the single largest market for cannabis (over the long term) is as a recreational drug. Comparing cannabis to alcohol, currently a $1 trillion per year sector may be a good place to start.

…If governments in North America and around the world continue to embrace cannabis legalization rather than obstruct it, the global cannabis industry could generate those revenues as an alcohol-substitute alone. It would only require consumers to shift 1/7th of their alcohol consumption to (legal) cannabis to produce an additional $150 billion per year in cannabis revenues by 2025.

Again, there seems to be a clear message for the cannabis industry. While companies don’t necessarily have to specialize in producing/distributing cannabis consumer products (and investing in the branding that goes with it), this needs to be a central component in any business model.

The time is now for MSO’s. And these companies need strong exposure to cannabis consumer products, especially the high-margin value-added products derived from cannabis concentrates.

For the CA market in April 2019, Concentrates were the largest category by sales with revenues of $87.5 million.

As the largest single state market for cannabis, both cannabis investors and MSO’s need to stay on top of cannabis trends in California.

That answers part of the question for aspiring MSO’s in terms of “where”? Cannabis MSO’s need exposure to the California market, by far the single largest market in the U.S., providing both a legal medicinal market and a legal recreational market.

As noted previously, the market for recreational cannabis appears at this point to be the single largest revenue pie that cannabis companies can target. Medicinal usage is more accepted and advanced. But total consumer dollars potentially on the table look to be more limited.

MSO’s need to especially target states with legalized medicinal and recreational use. That narrows down options considerably.

Illinois has just become the 11th U.S. state (along with Washington, D.C.) to have authorized both medicinal and recreational use of cannabis. Here BDS Analytics offers more interesting numbers.

It selected five western state cannabis markets: Arizona, California, Colorado, Oregon, and Washington. And for the month of April 2019, it reported combined monthly cannabis revenues for these five key markets at $574.39 million.

All of these states except Arizona already boast both legal medicinal and recreational markets. Of note, a report just out from that state suggests Arizona will “probably” legalize recreational pot in 2020.

Of course, aspiring MSO’s can’t afford to completely ignore opportunities in the 33 U.S. states that have medicinal cannabis markets.

Missouri has just announced it will hand out 338 new medical cannabis licenses in that state. As The Seed Investor has reported, MSO’s comprise a “major portion” of the more than 500 applicants for those licenses.

Why is BDS Analytics focusing its gaze on western states? These states were the early movers in opening up a legal cannabis industry and have populations with generally more liberal views toward cannabis use. The two factors clearly go together.

How do you build a cannabis MSO?

While some of the ingredients in a successful formula have yet to be proven, there are a few objective guidelines. Focus on states with dual medicinal/recreational markets. Get plenty of exposure to cannabis concentrates and look to position yourself in the West.