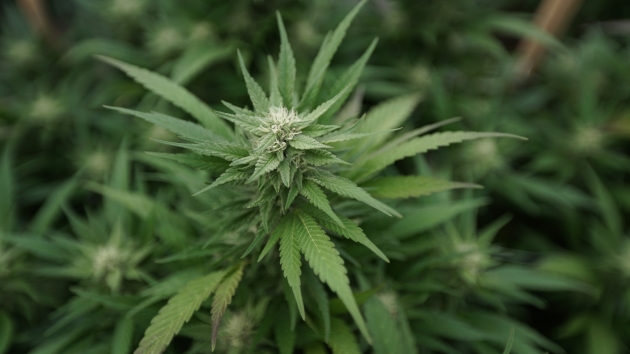 California Gov. Jerry Brown (D), who has a history of saying mean-spirited and inaccurate things about people who use cannabis, took a dig at marijuana consumers in an unrelated comment about fighting back against climate change.

The Trump administration is organizing a drug policy event outside of this month’s United Nations General Assembly, according to leaked documents.

The Department of Justice convened a meeting in Denver for U.S. attorneys to discuss marijuana policy.

The U.S. Senate bill to encourage the Department of Veterans Affairs to study medical cannabis got one new cosponsor, for a total of five.

The U.S. House bill to protect federal employees from getting fired for state-legal marijuana use got two new cosponsors, for a total of three.

Here’s an advance look at the details of New Jersey’s soon-to-be-filed marijuana legalization bill. Gov. Phil Murphy (D) supports a higher tax rate than is proposed in the bill, but said he’s “not ruling anything out.”

Utah’s lieutenant governor asked a federal judge to dismiss a lawsuit seeking to remove a medical cannabis initiative from the state’s ballot.

California’s treasurer tweeted, “We’re exploring a public cannabis bank so biz don’t have to operate purely in cash. Carrying around thousands of dollars paints a target on legal biz & increases violence in communities. Until DC takes action, CA will lead on legalized cannabis.”

A Missouri appeals court affirmed a judge’s dismissal of a lawsuit that one medical cannabis campaign filed seeking to remove a competing measure from the ballot.

Here’s a look at where Minnesota gubernatorial candidates stand on legalizing marijuana.

Here’s a look at where New York is on the path to legalizing marijuana.

Manhattan’s district attorney spoke at a marijuana industry event, saying he wants cannabis entrepreneurs to “be successful and legal.”

The South African government and lawmakers reacted to a court ruling overturning the prohibition on using and growing marijuana for personal use.

A majority of participants in a trial on CBD’s effects on severe epilepsy are seeing improvement in seizures.

Aurora Cannabis Inc. addressed reports that it is in talks with the Coca-Cola Company about making CBD beverages together.

Comedian Chelsea Handler tweeted, “Coca-Cola is supposedly considering cannabis-infused drinks. Just a reminder: there are still people in prison because of marijuana. Let’s address that first.”

Maine restaurant Charlotte Grill thinks it’s more “humane” to blow marijuana smoke into a box of lobsters before boiling them to death.