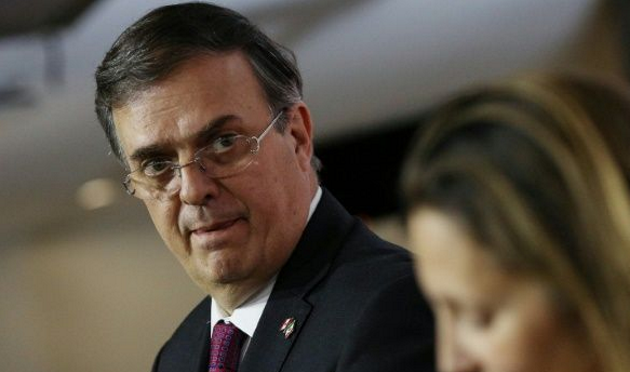 Mexico “absolutely” could follow Canada’s lead in legalizing marijuana as a way to reduce violence generated by a war on drugs that “doesn’t work,” its incoming foreign minister said Tuesday.

“We think it is a very interesting option in the short term for Mexico,” he said. “We think there are two options: the Canadian model or the Uruguay model.”

“It doesn’t make sense to have a law forbidding the possession or production of cannabis and we have 9,000 people in jail for that, we have a huge amount of violence in the country,” Ebrard said.

“You spend a huge amount of money (on policing), you cause suffering for a lot of people and it doesn’t make sense.”

Prohibition, he added, “doesn’t work, you have the cannabis anyway.”

Canada legalized cannabis on October 17, becoming the first major economy to do so. Uruguay legalized recreational use of the drug in 2013.

Mexico has long been a major supplier of marijuana and other illegal drugs to the US market, spawning powerful drug cartels and violent struggles for control of drug routes.

Since 2006, when the government deployed the army to fight the cartels, more than 200,000 people have been murdered, including a record 28,702 last year.

Another 37,000 people are reported missing.