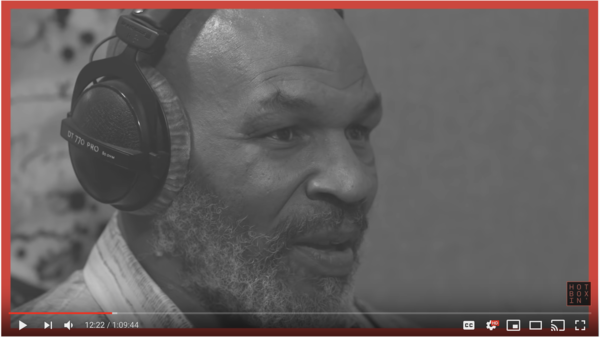 Mike Tyson’s ranch sells $500,000 of marijuana each month — it’d be a lot more if he didn’t smoke so much himself

In the classic gangster film, “Scarface,” Michelle Pfeiffer’s character, Elvira, gives Tony Montana, played by Al Pacino, a much-needed lesson in drug dealing: “Don’t get high on your own supply.”

Fast forward a few decades and, here in the real world, Mike Tyson has a similar disregard for the rules. But seeing as how his drug of choice is legal, Tyson’s prospects are much brighter.

That doesn’t mean, however, he’s not paying the price for his marijuana habit.

The former boxing champ says he and his pals smoke about $40,000 every month at the Tyson Ranch in the Mojave Desert. As his guest, rapper Jim Jones, said in response, “That’s a lot of weed. That’s nonstop, every second weed right there.”

Here’s Iron Mike talking about some of those eye-popping numbers on his recent “Hotboxin’ with Mike Tyson” podcast:
The ranch, which Tyson plans to build into a full weed-themed resort with hotel, amphitheater and campsites, grows various strains of marijuana that are sold in dispensaries throughout California and in Las Vegas.

Tyson says the operation sells about $500,000 a month in weed products.