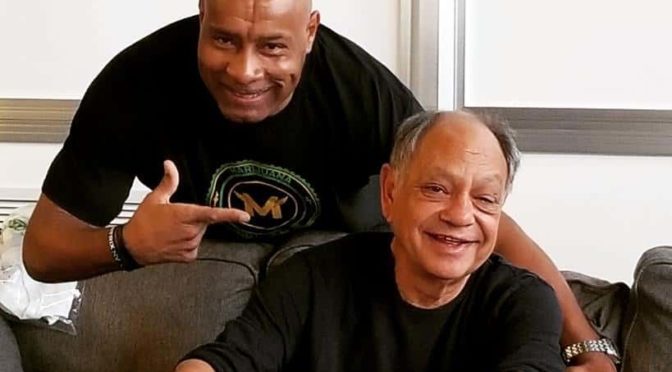 Some recently laid-off workers in Illinois had been expecting a decision on their adult-use dispensary license application on May 1. Now, they’ll have to wait a while longer, since Illinois regulators announced April 29 the decision to delay awarding 75 licenses because of the COVID-19 pandemic.

Ambrose Jackson, CEO of social equity applicant Parkway Dispensary, said his team of 12—some of whom lost their jobs during the pandemic—are eager to start building their company. The state’s decision comes as Illinois adult-use cannabis sales have well exceeded $100 million since Jan. 1, when adult-use retailers who had already been operating as medical providers and are majority white, began selling to Illinois residents and out-of-state consumers.

“As a minority myself, we’re used to getting the short end of the stick, so there is nothing that’s surprising about what’s going on,” Jackson said. “I think the unique thing is that there seems to be perhaps a little bit of an olive branch. And from taking that stance, I think it’s important that you’re a local advocate for the things that are not going right and the things that you can see as still working against the better interest and may not actually even be fair at all.”

Through its social equity program, the state may eventually award up to 20% of individual dispensary license application points to eligible social equity applicants. And existing operators in the state have aided applicants; for instance, Cresco Labs offered resources to Parkway through its Social Equity & Educational Development program, which Jackson said was a “positive experience.”

Jackson said he feels state officials are offering some reconciliation for the disproportionate number of marijuana-related arrests and incarcerations in minority communities. At the same time, he hopes officials at the Illinois Department of Financial and Professional Regulation, which will issue the licenses, looks at who those applicants are and makes sure they didn’t add someone to their team just to take advantage of extra points.

Parkway plans to begin cannabis retail sales via a shop in Bronzeville, an African-American Chicago neighborhood with a high poverty rate.

“I think there’s an opportunity for it to make a comeback, and it’s kind of heading in that direction,” Jackson said. “We’re looking to really kind of plant our seed, develop some roots here with this new budding industry.”

But there will be some additional steps for eventual licensees to begin operating in Chicago. Alderman David Moore, who represents the 17th Ward southwest of Bronzeville, told CD that those licensees will have to abide by the city’s zoning structure.

As with state officials, Moore said his focus has been mainly on coronavirus-related measures. “At this point, I do not have dispensaries in the 17th Ward, and unfortunately, due to everything that I’m dealing with and with my constituencies and making sure they have information and resources that they need, I haven’t had the pulse on how the dispensaries are doing and what are the numbers and dollars.”

City council doesn’t want to rush anything, to ensure that larger companies can further help equity dispensaries, said Moore, who is a member of council’s 20-member Black Caucus.

“If we’re not there to vet that process and we let things go through, then a lot of these minority participants who are looking to get a license as well may be short-changed in the process,” Moore said.

Jason Ervin, 28th Ward alderman and chairman of the Black Caucus, said he is disappointed that licenses weren’t awarded to social equity applicants and that other businesses had a “head start” on adult-use cannabis sales.

There are about seven dispensary retail location spots remaining in the city’s zoning structure.

When asked if those spots could open, he said, “I’m sure that there is the ability for it to increase with council approval, but we have not crossed that bridge yet where we even see the number of licenses even needing [to be increased], just based on our calculations. So, we just, A, have to see who gets awarded and, B, where they want to locate.”

More plans for Parkway and a Marijuana Hall of Fame

The delay in dispensary licensing has been one obstacle in a much larger course for Jackson and his team. In addition to its dispensary plans, Jackson shared with Cannabis Dispensary April 30 that he had been awake for about 30 hours finalizing a craft grow and transportation application that he planned to turn in that day.

“We’ve had a very strong team of individuals who can really contribute when it comes to the cannabis knowledge side of things, and everyone’s very motivated,” Jackson said. “But we’re doing all the work ourselves and we’re not paying $150,000 for a consulting firm to write our application, so it takes work.”

The state twice delayed the application period for cannabis infuser, craft grower and transportation licenses, first from March 16 to March 30, then to April 30.

“You can look at it different ways in terms of whether it’s a good thing or bad thing or who really benefits from the timeline being pushed back [for example, if] more people are jumping in with money now, just to get an application in or what have you,” Jackson said. “But, again, we’ve got a lot of advantages at this point that we’ve been able to create.”

His team has acquired a roughly 50,000-square-foot facility in Broadview, a village about 12 miles west of Chicago, where it plans to cultivate cannabis under about 5,000 square feet of canopy to start, then expand.

Other planned operations, according to the document, include Parkway Collective, which would help residents of disadvantaged communities apply for crowdfunding for cannabis businesses, and Midwest Cannabis Exchange, a marketplace for the purchase and sale of wholesale cannabis and hemp.

Norment is also the founder and CEO of the Marijuana Hall of Fame, which he established in 2018 and said will eventually be a brick-and-mortar location in Las Vegas, with artifacts and induction of major figures in cannabis, similar to the model of the Rock & Roll Hall of Fame in Cleveland. The first induction ceremony is planned for December.

Norment said he has acquired one of B.B. King’s “Lucille” Gibson guitars (“B.B. King—obviously, he was a smoker,” he said, laughing), a signed football helmet from Ricky Williams and signed merchandise from Cheech & Chong. Tommy Chong will be on the hall’s board.

“My job as the founder of the Marijuana Hall of Fame is to make sure that the community is able to participate, the culture’s able to participate and the whole construction of inducting people every year, and also building up the cannabis community on the cultural side but also the business side—the corporations—being able to bring of them together because sometimes, there’s division between the two,” he said.

But first, they need to acquire a dispensary license. Jackson, who currently works as a health-care administrator, said he plans to put all his effort into his cannabis business—not if, but once he’s awarded licenses.

“I have to keep going, man, keep trying,” he said.