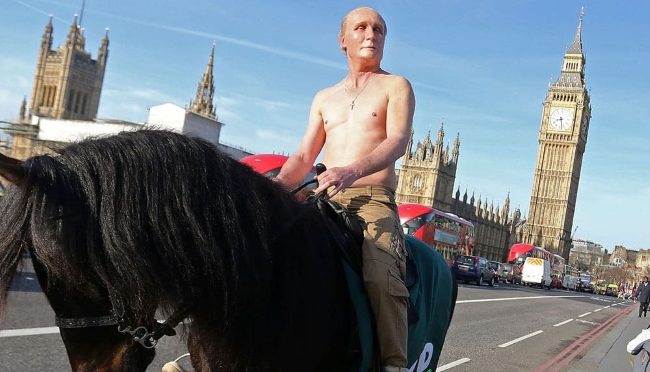 Russia claims legalizing recreational marijuana in Canada would be a breach of international laws.

The legalization of cannabis in Canada is something many people around the world have been eagerly anticipating. Russian officials, on the other hand, don’t like it one bit. In fact, Moscow warns that legalizing marijuana would be a breach of “international legal obligations” voted for by Canadian delegates. But is Canada really violating international treaties?

Russia is one of the only G7 countries to amplify cannabis prohibition over the last two decades. In 2006, the country updated the amount of cannabis one could possess before they can be charged with a crime.

According to a statement from Russia’s Ministry of Foreign Affairs, “Russia strictly abides by these principles and intends to consistently introduce them in practice within the boundaries of the UN Commission on Narcotic Drugs and other relevant international venues.”

Now, Russians are calling on other G7 countries like the United States to change Canada’s mind. So far, Canadian officials haven’t expressed concern over the apparent breach of international law.

Is There Really A Breach?

Over the last half-century, Canada has signed off on several dated international laws. The laws included a few that prohibited the production and supply of specific drugs, including cannabis. Now, their past endorsements are creating international conflicts.

“We expect Canada’s partners in the G7 to respond to its ‘high-handedness’ because this alliance has repeatedly declared its adherence to the domination of international law in relations between states,” the Russian Ministry of Foreign Affairs said in the official statement.

“Canada is aware that there will be international opposition from some countries,” Hannah Hetzer, senior international policy manager for the Drug Policy Alliance told Newsweek.

However, the introduction to those laws says that the health and welfare of mankind must also be taken into account. So Canada’s decision could be considered an exemption to those international drug laws.

In fact, Canadian officials have looked at legalization as a solution to health and welfare issues. According to an announcement from Prime Minister Justin Trudeau, Canada’s cannabis act addresses that “it’s been too easy for our kids to get marijuana – and for criminals to reap the profits. Today, we change that.”

Despite opposition from Jeff Sessions, Russia and even the United Nations, Canada seems to be moving forward with the federal legalization of marijuana. The laws are expected to officially take place on October 17th.