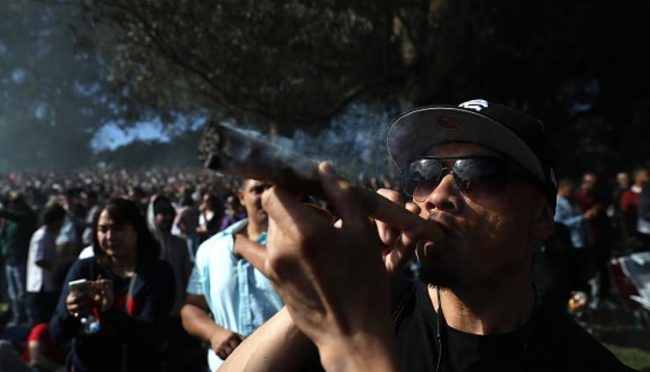 Everything you need to know about drugs, in one place.

Drugs, drugs, drugs. Across the world, drugs support entire economies, such as Big Pharma in America or the cocaine industry in several South American countries. Some drugs have less negative effects than others. For instance, everyone knows that it’s impossible to overdose on marijuana. Researchers found that a marijuana user would have to smoke 20,000 to 40,000 times the amount of THC rolled in a blunt to overdose on the drug. Not even Snoop could smoke that much in a day. On the other hand, prescription drugs like OxyContin and Percocet kill thousands of people every year. What makes the drug industry run? Why are certain drugs legal while others are banned? What is the history of crack cocaine, marijuana, or heroin? All of those answers can be found in these Netflix documentaries.While documentaries like Freeway: Crack in the system, Cocaine, and Drug Lords focus on the dealers and their effect on the communities around them, other docs like Take Your Pills and Heroin(e) showcase the effects of legal drugs around the nation. If all that sounds a little too heavy for you, docs like Super High Me and DMT: The Spirit Molecule are much more lighthearted watches. Whether you’re interested in learning more about your favorite drug, interested in the history of drugs you’ve never tried, or if you’ve never taken anything other than a Tylenol in your life, these documentaries are sure to grab your interest. Here are the ten best drug related documentaries on Netflix right now.P.S. We hope you enjoyed your 4/20.

Pablo Escobar, Frank Lucas, and the Pettingill Clan are all featured in this docu-series that shows the inner workings of the biggest drug lords in history. This series goes in-depth and interviews the people closest to the drug lords, and there’s even an interview with Frank Lucas himself.

This docu-series gives viewers a look at the war on drugs from the perspectives of users, police, and drug dealers. The different perspectives give this series an intriguing standpoint, and it feels like more of a movie than a documentary.

Huntington, West Virginia is facing one of the worst opioid epidemics in U.S. history. The overdose rate in the town is about 10 times the average of the rest of the country. This documentary was nominated for an Academy Award, and it’s easy to see why. First responders are real heroes.

4. Freeway: Crack In The System

Have you ever wondered about the story of FreewayRick Ross? There’s a reason why the head of Maybach Music Group decided to use the legendary kingpin’s name as his moniker. This documentary focuses on dirty cops, a broken legal system, and the proliferation of crack cocaine.

Split into three parts, Cocaine takes an in-depth look at the cocaine trade in South America. Peru, Brazil, and of course, Colombia are put under the microscope. From the farmers to the drug lords, this documentary series shows how one of the most popular drugs on the planet is affecting the economies of these countries.

When people speak about drugs, they usually don’t think about Adderall or Ritalin. Big Pharma would probably prefer nobody watches this documentary, which focuses on people who use prescription drugs to help focus or become better in some way. Take Your Pills shows that perception pills are just as dangerous, if not more dangerous, than illegal drugs that you would never give a child.

Most documentaries about drugs are very somber, but The Legend of 420 is comedic and enlightening. With Marijuana slowly becoming more acceptable across the nation (legally), it only makes sense to follow the source of the “green rush.” The history of marijuana, how it became illegal, and how far we’ve come since then, are fully explored in this documentary.

DMT (dimethyltryptamine) is the most intense psychedelic drug on the planet. It is produced naturally by the human brain and is found in most plant life. Dr. Rick Strassman’s research of the drug is put on full display in the documentary, which stars everyone’s favorite drug advocate, Joe Rogan.

This is another documentary that Big Pharma may want you to stay away from. The statistics of overdoses, the effects of addiction, and the billions of dollars pharmaceutical companies make off the pain of other people are all fully explored in Prescription Thugs. If you thought cocaine dealers were bad, you have no idea.