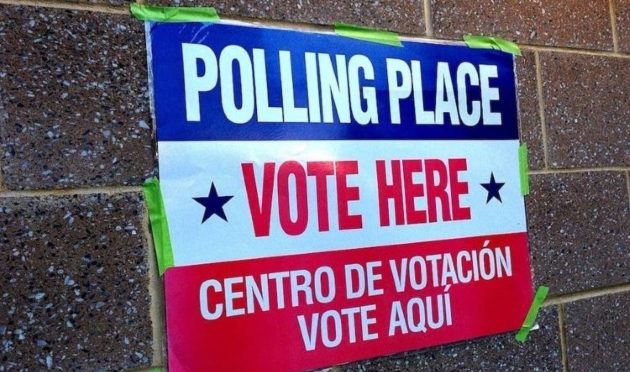 In the lead up to the 2020 Presidential election, there are a lot of important issues that warrant debate. Everything from healthcare to net neutrality will be discussed during campaign season, but there’s one issue of particular importance: the legalization and decriminalization of cannabis.

Legal weed isn’t really a wedge issue that causes people to shift their party allegiance. But it’s still important to know what major politicians think about its status, as we buildup to the next election. This look into ten Democratic contenders (only some have announced their exploratory committees while the rest have coyly voiced their interest in running) will explore how their views have changed and how they interacted with the so-called War on Drugs in the past.

Elizabeth Warren is the first major Democrat to announce her intentions of running for president. A fierce advocate for consumer protections, the Harvard-professor-turned-Massachusetts-senator is now a supporter of federal legalization. Back in 2016, Warren refused to endorse the issue when it hit her home state’s ballot. But, as public opinion in the Democratic party shifted, Warren has followed the wind and earned an A-rating from the National Organization for the Reform of Marijuana Laws (NORML).

With Cory Gardner, a Republican Senator from Colorado, Warren introduced the Strengthening the Tenth Amendment Through Entrusting States (STATES) Act in June during the previous Congress. If passed, the bill would have amended the Controlled Substance Act to block federal interference in state-legal marijuana-related activities. She was also a co-sponsor of the Carers Act that would protect medical pot patients from federal punishment; and the Marijuana Justice Act, legislation that would have ended federal prohibition and directed the courts to expunge people’s records.

While he hasn’t formally announced whether he’s running for president, Senator Cory Booker’s name has been thrown around as a potential candidate since he served as the Mayor of Newark, New Jersey.

In the last Congress, Senator Booker introduced the Marijuana Justice Act, a bill that other senators on this list co-sponsored. While the bill wasn’t signed into law, it would have removed cannabis from the Controlled Substance Act, ended federal prohibition, and set up a structure that reduces law-enforcement funds for states that disproportionately target low-income residents or people of color for cannabis-related charges. In addition to having some good ideas, Booker also knows how to maximize his message around legalization. On the most recent 4/20, Booker released a video on Micthat laid out his views on the racial discrepancies related to legalization.

Booker, who is a member of the Senate Judiciary Committee, even joked that he was planning on “sending brownies to [Senator Lindsey Graham’s] office to celebrate his new chairmanship,” after Graham indicated he wasn’t planning on tackling marijuana reform.

Instead of announcing her intentions to run for President in an intimate speech in her hometown of Albany, New York, Senator Kirsten Gillibrand made a grand announcement on the The Late Show with Stephen Colbert. A savvy move for someone who doesn’t have much name recognition outside of her crusades against sexual assault in the military, Gillibrand is a tough former attorney who supports progressive policies like Medicare for all and a federal jobs guarantee.

Gillibrand admits that before she became a senator, she was a bit more conservative leaning as a member of the House from northern New York. In the House she didn’t support any bills related to legalization, in fact, she went as far as to block an amendment that would have defended medical marijuana from increased federal scrutiny in 2007. Since then, however, she’s had a change of heart. A co-sponsor of Senator Booker’s Marijuana Justice Act, Gillibrand supports full legalization and is an advocate for additional research to see how its medical uses can assist veterans with specific mental health conditions.

Julian Castro, the former Mayor of San Antonio, Texas, was first elected into public office at 26-years-old. His name started appearing on people’s political radar after he gave the keynote speech at the Democratic National Convention in 2012, similar to President Obama’s claim to fame by giving the same speech at the 2004 convention.

A proclaimed progressive who’s called off of PAC donations for his campaign, Castro was the Secretary of Housing and Urban Development (HUD) when they published a rather restrictive memo in 2014 regarding public housing tenants who use cannabis. The memo, which was an update to a 2011 document, clarified that “owners must deny admission to assisted housing” if individuals are illegally using cannabis. Even if a tenant resided in a state where medical or recreational use was legal, the owner was still required to deny entry to the housing. Since then, Castro has criticized the Trump administration for voicing intentions to interfere with legal state markets but it’s still not clear where he stands in regards to federal legalization and regulation.

Since first joining the Senate in 2016, Kamala Harris has become a national player thanks to the viral nature of her pointed questions in Judicial Committee hearings. California’s junior Senator turned Presidential candidate has cultivated an image for herself as a “progressive prosecutor,” but some of her actions as California’s top law-enforcement officer don’t represent that label.

Back in 2014, when Harris’ campaign for Attorney General was heating up, she was asked about her Republican opponents’ support of legalizing cannabis on the federal level. Instead of voicing her support or opposition to the policy, she simply laughed and stated he was entitled to his opinions. In 2018 however, now that the national conversation around weed has shifted, Harris is on board with legalization at the federal level and tweeted her support of Cory Booker’s Marijuana Justice Act. In her new book, The Truths We Hold, Harris voiced her support for regulation and for removing “non-violent marijuana-related offenses from the records of millions of people who have been arrested and incarcerated so they can get on with their lives.”

The Democratic superstar from Texas whose popularity led him to think posting an Instagram story during a dental examination was a good idea, is an exciting breath of fresh air for the party. Robert “Beto” O’Rourke may have lost in his bid to unseat Texas Senator Ted Cruz last November, but he awakened a national fanbase that catapulted him to financial dominance and the top of many prediction lists. While he has yet to set-up an exploratory committee or announce his candidacy, a group of activists and former staffers are waiting in the wings for him to make an announcement.

In a livechat recorded while driving around Texas, O’Rourke talks about his belief that ending the Drug War is one of the most important challenges for the country. While he’s quick to indicate he believes there’s no “perfect option” when it comes to keeping cannabis away from children, he believes a federal system of legalization and regulation is the best way to control the customer base and ensure fewer profits flow to illegal drug enterprises.

Amy Klobuchar, the senior Senator from Minnesota, blew onto the national stage in a big way over an exchange with Justice Brett Kavanaugh during his committee hearing. She doesn’t have the widespread name recognition of other superstars in the party, but Klobuchar was just elected to her third Senate term in November with 60.3 percent of the vote, a resounding victory in a state where Hillary Clinton only beat President Trump by 1.5 percent.

While Klobuchar has a D-rating from NORML, she was a co-sponsor on Sen. Warren’s STATES Act. If passed, the bill would have prevented federal interference in states where cannabis is legal, ended the prohibition of industrial hemp, and allowed banks to provide financial services to legal cannabis businesses. A Democrat from the midwest, Klobuchar hasn’t made any public statements about federal prohibition, but with legalization likely hitting her state this year, expect her to make her position known soon if she decides to run.

The only Governor on this list, Jay Inslee currently serves the people of Washington. Before being elected to the state’s top Executive position in 2012, Inslee represented Washington in the House from 1993 up until his Gubernatorial election. While he has so-far positioned himself as a potential candidate whose primary focus will be fighting climate change, he also stands out as a leader from the first U.S. state where recreational cannabis-use was deemed legal.

At this year’s Washington Cannabis Summit, the Governor announced his Marijuana Justice Initiative.  An attempt to give clemency to individuals who have been prosecuted for weed charges in Washington between 1998 and 2012, the Governor will pardon residents over the age of 21 who only have one cannabis misdemeanor on their record. In Inslee’s opinion, expunging these convictions removes obstacles for these individuals to obtain “housing, employment, and education.”

(If you or someone you know lives in Washington and is interested in requesting a pardon, start the process by filling out the form on this page.)

Potentially the candidate with the lowest national profile, Representative Tulsi Gabbard has represented Hawaii in Congress since 2013. While the Congresswoman has a shaky track record when it comes to LGBT rights and foreign policy, Gabbard has evolved into a more progressive candidate and distanced herself from many of her previous positions.

Gabbard, who has a B+ from NORML, supports a gauntlet of reforms related to legalization. A co-sponsor of the Marijuana Justice Act in 2018 in the House, Gabbard is an advocate for reduced federal interference in legal states, industrial hemp production and increased research into the medicinal benefits of both THC and CBD. During an interview on the Joe Rogan podcast, Gabbard voiced her frustration with the pharmaceutical industry and the way it profits off the opioid crisis by selling both addictive substances and medications designed to wean people off the drugs. In her opinion, marijuana legalization on both the state and federal levels will play a big part in reducing the addiction and overdose rates in the U.S.

Bernie Sanders is the most popular Senator in the United States and will be a strong contender if he decides to run for president once again. The politician is regarded for adhering to the same ideological beliefs over his decades in public service, and that also expands to his views on marijuana. An advocate for treatment instead of punishment for addicts, Sanders has long opposed the failed War on Drugs. Comparing it to tobacco and alcohol, the Senator, who co-sponsored the Marijuana Justice Act, told an audience of college students back in October 2015 that he believes the government should end the federal prohibition of cannabis.

As he does with every issue, Sanders likes to tie his support for legalization and criminal justice reform to his crusade against the one percent. During a Democratic Primary debate back in January 2016, he shamed the fact that millions of individuals have marijuana-related crimes on their record but “the CEO’s of Wall Street companies who destroyed our economy have no police records.”