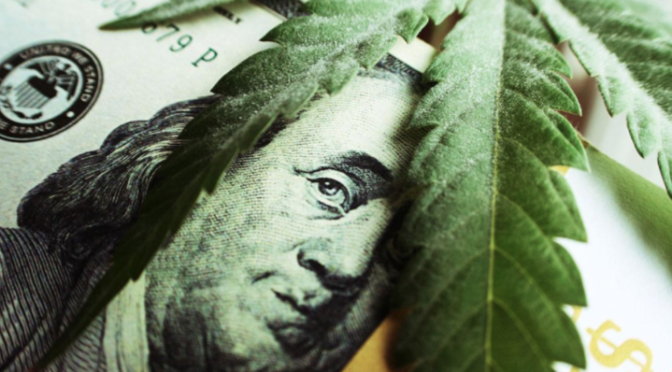 This is the first edition of This Week in Cannabis Investing in 2020, following a two-week break over the end of year holidays.
While some people may still be digesting their Christmas turkey and pondering New Year resolutions, there has been plenty to focus on in the cannabis space.

Monday, we began the week by pointing a finger at a U.S. cannabis Obstructionist, Republican Senator Mike Crapo (R – ID). The SAFE cannabis banking bill is badly needed by the U.S. cannabis industry.

But it is currently stalled in the U.S. Senate. As Chairman of the Senate Banking Committee, no one has more influence on when (or if) SAFE will be brought to a vote in the Senate more than Crapo, except for perhaps the Grim Reaper himself – Majority Leader Mitch McConnell (R – KY).

Crapo has recently thrown up a roadblock with SAFE. We dissected Crapo’s arguments and found them sadly lacking. Our conclusion Mike Crapo is hard on cannabis. But this Republican Senator is soft on crime.

We had more positive news to report from Canada. Industry leader Canopy Growth (US: CGC / CAN:WEED) has been aggressively consolidating cannabis store licenses in Ontario. A total of 10 existing license holders are expected to begin operating under the Tweed brand name. As retail cannabis ramps up in Ontario in 2020, Canopy Growth is planning on being front-and-center.

Tuesday, we reported yet more exciting news from the world of cannabis biopharma. This time, it is a potential treatment for leukemia – blood cancer.

We took a look at the market potential of this particular R&D breakthrough. We also took a broader look at how cannabis is poised to dominate biopharma, and perhaps revolutionize the entire pharmaceutical industry.

Also on Tuesday, we discussed the “new era for retail cannabis in Ontario”. Ontario’s new licensing system for retail cannabis stores officially took effect on January 6, 2020. It is expected to generate roughly 20 new retail store licenses per month – open to all applicants – with new stores due to start opening in April 2020.

As we noted, this could translate into nearly ten times more cannabis stores in Ontario by the end of this year. Along with the major boost from Cannabis 2.0, the revenue picture looks increasing bright for the Canadian cannabis industry in 2020.

We also showed the stunning reversal in U.S. public opinion over time – from strongly against to strongly in favor of U.S. cannabis legalization. We explained why we see this as nothing less than a Cannabis Revolution among Americans.

The Seed Investor wrapped up Wednesday coverage with a “stunning comparison” from two new markets for legal cannabis in the U.S.: Michigan and Illinois. Michigan has repeated some of the big mistakes of other U.S. states. Initial sales have been anemic at best.

Illinois, on the other hand, appears to have learned from the mistakes of others and is doing everything right. After just one week of legal sales, Illinois has been registering more cannabis sales in a day than Michigan generates in a week. A total of nearly $11 million in cannabis sales in just the first five days.

Thursday, we reported on positive news out of New York state. Gov. Andrew Cuomo (D) has pledged to not repeat the failure of 2019 and to successfully legalize cannabis (fully) in 2020. Cuomo is also pushing for neighboring states to harmonize their cannabis laws as U.S. cannabis reform continues. New York would represent another big overall addition to the U.S. legal cannabis industry.

Friday, we reported on some serious financial concerns with respect to major Canadian LP, Aurora Cannabis (US:ACB / CAN:ACB). The stock is under pressure as several analysts warn about a CAD$360 million debt covenant that will come due in August 2021. Its stock is off more than 80% from its March 2019 high.

There is no immediate danger of any sort of financial default. However, current revenue projections indicate that Aurora will need to either restructure its debt or find a significant infusion of new capital. Is Aurora a fire-sale bargain, or just a falling knife. You decide.

While we didn’t produce an edition of TWICI in the previous two weeks, we did publish some significant pieces for investors over that period.

In our end-of-the-year wrap up for 2019, we see a glass half-full for the legal cannabis industry heading into 2020 – especially in Canada. We followed that piece with our best effort to look ahead to 2020, what we are calling a Year of Opportunity for cannabis investors. We mentioned a number of “stocks to watch” for this year.

While some U.S. companies should present opportunities for significant gains, we see the bulk of cannabis winners in 2020 coming from Canada – just as we saw in 2019. Improved cannabis store licensing in Ontario along with a major boost in cannabis consumption from Cannabis 2.0 should drive significant revenue growth in Canada in 2020.

We also reported on yet more amazing news about the commercial applications for industrial hemp. We also found time to cover the exciting news from Illinois. A cannabis mass-pardon (the day before legalization) by Gov. J.B. Pritzker (D) “sends a powerful message” across the U.S. – to both the American people and U.S. politicians.

It certainly sent a message to the people of Illinois. They were lining up for hours, in cold January weather, to purchase limited quantities of cannabis – as retailers struggled to cope with massive demand.

Even with supplies limited, Illinois recorded roughly $3.2 million in cannabis sales in Day 1. We see Illinois’ roll out of legal cannabis as “a recipe for success” that should be emulated by other state governments.

This year promises to be an exciting year for the cannabis industry. After cannabis investors took it on the chin in 2019, prospects look much better as 2020 unfolds.