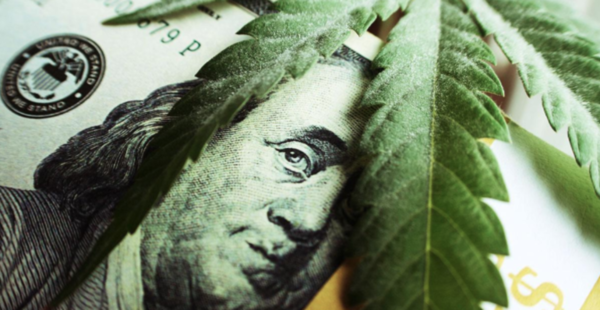 There was almost too much for cannabis investors to soak up this week from the world of cannabis. We took another look at Alberta’s cannabis success and Ontario’s continued stumbles – even as local governments in Ontario warm up to legal cannabis.

Monday, The Seed Investor saluted the province of Alberta as Canada’s “pot juggernaut”. Alberta opened up over 300 cannabis stores in Year 1 of full legalization in Canada. What does it plan for an encore? Five hundred legal stores by the end of 2020.

At one point, the province had opened as many cannabis stores as the rest of Canada combined. We also compared Alberta’s performance to U.S. states. Only Colorado has accomplished more in legalizing cannabis. But that state has a five-year head-start.

Also on Monday, we reported on Ontario communities that are now ready to welcome legal cannabis. This comes as the provincial government has demonstrated still more incompetence and neglect in licensing new cannabis stores in Ontario. More on that later.

Tuesday, we led off coverage with a large, potential market for the legal cannabis industry that no one is talking about – yet. Cannabis as a weight management supplement.

Evidence mounts that cannabis use helps to moderate people’s weight and (in particular) help people to stay at a healthy weight. Globally, the weight-loss industry takes in over $200 billion per year while delivering extremely dubious results for the majority of its customers.

Cannabis can’t do worse for people wanting to lose weight. And it could easily do better – safely and cheaply.

After that, we covered yet more news from Choom Holdings (CAN:CHOO / US:CHOOF). Choom has secured another retail location site for Vancouver’s large, under-served cannabis market.

Closing out Tuesday coverage, we reported on something that will be music to the ears of long-suffering cannabis investors. A New York-based analysis has gone further than merely saying that cannabis stocks are oversold. Pablo Zuanic of Cantor Fitgerald is “calling a bottom”.

Zuanic added that “positive catalysts far outweigh negative ones”. This is precisely what we have been saying at The Seed Investor over the past two months.

Wednesday, The Seed Investor trumpeted Canada’s “fastest growing group of cannabis users”: senior citizens. We explained how and why it is inevitable that consumption growth rates among older people will outpace younger consumers going forward. This is yet another reason why long-term growth in the cannabis sector is likely to greatly exceed current estimates.

Then we headed south. California is once again in the news for an innovative approach to cannabis marketing. First it was a “cannabis open house”, then a “cannabis café”. Now the state is planning to be first to offer cannabis-themed hotels.

Thursday, it was a tale of two extremes. We looked at some surprising numbers from Colorado’s extremely successful cannabis industry. And we pointed to yet more futility from Ontario’s provincial government in regulating cannabis commerce.

In Colorado, to our great surprise, we noted that (as of May 1, 2019) nearly two-thirds of Colorado’s cities and counties ban legal cannabis stores. This isn’t far behind the numbers from California. And California’s legal industry remains a train-wreck in progress.

The bottom-line is that this suggests even more long-term growth potential is still on the table in Colorado.

Then we took another (painful) look at Ontario’s provincial government. The province has “promised” 50 new cannabis store licenses. It’s only considering about 30 applications at present. And now the government has gone silent as to any progress on these new licenses.

It gets worse. A new estimate is that Ontario’s failure to roll out legal cannabis has cost the Canadian cannabis industry as much as CAD$325 million – already. We suggested that even that number could be a significant understatement.

Friday, we got more upbeat. We (once again) reviewed the strengths of the Canadian cannabis industry. And for several reasons, we still see Canada as the #1 jurisdiction for cannabis companies and cannabis investing.

Our analysis was a mixture of reviewing the past, examining the present, and looking ahead to the near-term future. Higher cannabis consumption rates, a (much) stronger corporate climate, and much more outside investment capital all play into Canada’s advantages.

We ended up this week looking at a new joint venture for the Canadian cannabis market, between music superstar Drake and cannabis heavyweight Canopy Growth (US:CGC / CAN:WEED).

It’s a marketing coup for Canopy (and Drake himself). However, we pointed out how this illustrates the inconsistency (and plain stupidity) of cannabis advertising restrictions in Canada.

DISCLOSURE: Choom Holdings is a client of The Seed Investor.