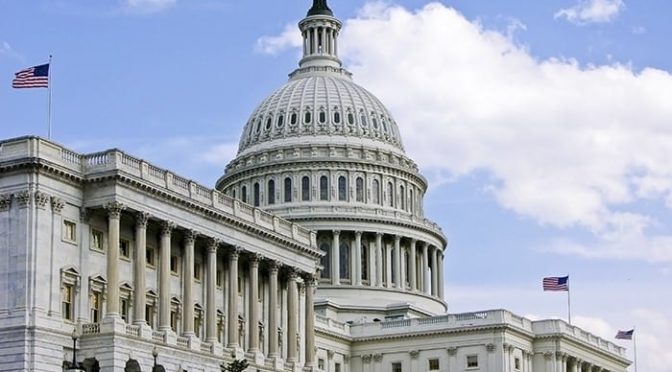 Industry stakeholders by and large support the House Committee on Energy and Commerce passing on a voice vote a modified version of the Medical Marijuana Research Act of 2019. While there is no scheduled vote on the bill in the full House as of press time, the fact that the bill made it out of committee on a bipartisan vote signals a political tide change for cannabis research.

“Whatever our views on marijuana legalization as legislators, we all ought to support the collection of scientific data to guide our decisions,” tweeted Rep. Morgan Griffith (R-VA), a cosponsor of the bill, following the Sept. 9 committee vote. “This bipartisan legislation would make long-overdue improvements to the Fed Govt’s policies on marijuana research. It would advance the work of scientists and provide more reliable information about any benefits and harmful consequences that result from medicinal marijuana use.”

The Medical Marijuana Research Act would amend the Controlled Substances Act to establish a new, separate registration process to facilitate research with cannabis for medical purposes; direct the Food and Drug Administration (FDA) to issue guidelines on the production of cannabis from authorized researchers and manufacturers; ensure all medical cannabis researchers are in compliance with FDA drug development standards; and make available cannabis from state-authorized cannabis programs, under certain conditions.

According to the amended bill, the Secretary of Health and Human Services “shall offer to qualified marijuana researchers marijuana products available through State authorized marijuana programs that are consistent with the guidance issued under subsection (c).” That guidance shall be issued no later than 180 days after the enactment of the bill, according to the proposed law.

“There is a strong need to better understand the medicinal benefits of marijuana, but researchers don’t have the tools necessary to conduct proper, science-driven research,” said rep. Debbie Dingell (D-MI) in a statement. Dingell is another cosponsor of the bill. “That research [r]equires us to remove outdated barriers that prevent research. Doing so will improve our understanding of medical marijuana and provide additional treatment options for millions of patients.”

In a press release, NORML Deputy Director Paul Armentano said that granting researchers access to cannabis products produced in state-sanctioned markets “will not only facilitate and expedite clinical cannabis research in the United States and provide important data regarding the safety and efficacy of real-world products, but it will also bring about a long overdue end to decades of DEA stonewalling and interference with respect to the advancement of our scientific understanding of the cannabis plant.”

The Scottsdale Research Institute (SRI) has been one of many organizations trying to get the Drug Enforcement Administration (DEA) to speed up its research license process, going so far as to suing the DEA for slowing down the licensing process for federal cannabis research licenses. The institute, led by cannabis researcher Dr. Sue Sisley, “enthusiastically supports the bipartisan Marijuana Research Act of 2019,” it said in a Sept. 9 letter to the House Energy and Commerce Committee.

“Unlike other bills, if enacted, H.R. 3797 promises to be a very significant step forward for improving marijuana research,” the letter continues. “It directly addresses the core obstacles that DEA says prevent it from moving forward in approving additional researchers, including issues relating to the Single Convention on Narcotic Drugs. SRI also applauds the Amendment … that would permit researchers to access marijuana from state-legal dispensaries.”

In January, the American Psychological Association (APA) offered testimony to the House Energy and Commerce Committee on “Cannabis Policies for the New Decade” in which the association called for the committee to “take immediate action to facilitate critically needed cannabis research.”

In a statement to CBT, Dr. Jaime Diaz-Granados, PhD, the APA’s deputy CEO and acting chief scientific officer, said the organization “is pleased to see the modified version of this bill moving forward. It is critically important for the scientific community to gain access to the cannabis products available from state dispensaries to better understand the effects of cannabis as it is consumed in the real world. APA hopes that the Department of Health and Human Services and the Department of Justice will find a way to make this work.”

The American Medical Association also has expressed support for increased access to cannabis for research purposes. In an issue brief from its 2020 Medical Student Advocacy and Region Conference, the AMA backed the Senate’s Cannabidiol and Marijuana Research Expansion Act, another bill whose goal it is to reduce regulatory barriers to conducting research on medical cannabis. (CBT reached out to the AMA for comment on the Medical Marijuana Research Act of 2019, which did not return comment as of press time.)

Currently, only the University of Mississippi is licensed to produce medical cannabis for the National Institute on Drug Abuse (NIDA) Drug Supply Program. Critics of this system have denounced the quality of that product compared to material produced in state-sanctioned systems, adding that the chemical composition of products produced at Ole Miss resembles hemp more than what is available in states with medical and/or adult-use cannabis programs.