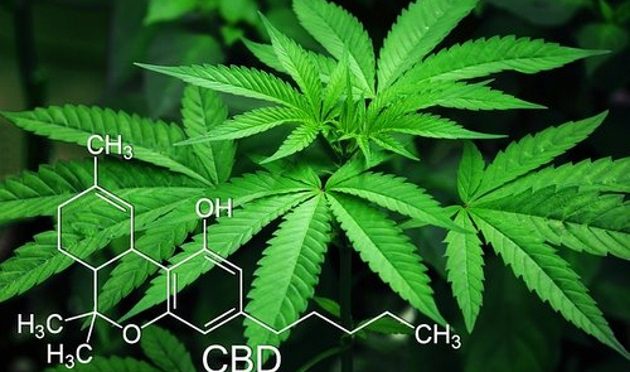 There’s a lot of hype this week about Canada becoming the second and largest country to legalize recreational marijuana. The first was Uruguay.

But the bigger news for the pain community may be in the United Kingdom, which has some of the strictest marijuana laws in Europe. Home Secretary Sajid Javid made a surprise announcement last week that medical cannabis products would be rescheduled on November 1 and become available by prescription to treat chronic pain, epilepsy and chemotherapy-induced nausea.

Javid agreed to review the scheduling of medical cannabis in June, after a public outcry over the seizure of CBD oil flown into Heathrow Airport for a 12-year old boy who has epilepsy. Although the oil primarily contained cannabidiol – the non-psychoactive ingredient in marijuana – it was still technically illegal under UK drug laws.

“I stressed the importance of acting swiftly to ensure that where medically appropriate, these products could be available to be prescribed to patients,” Javid said in a statement.

“I have been clear that this should be achieved at the earliest opportunity whilst ensuring that the appropriate safeguards were in place to minimise the risks of misuse and diversion.”

Javid was also clear he has no intention of supporting the legalization of recreational marijuana in the UK. Smoking cannabis in any form will also remain illegal. Even so, it was a big step forward for marijuana supporters..

“This is a major victory for our campaign and will mean a lot of people will have a much better quality of life,” Clark French, a multiple sclerosis patient and cannabis activist, told Leafly.

“It does look that this could be the most open, accessible medical cannabis policy in Europe, if they get it right and we keep guiding them in the right directions,” said Jon Liebling of United Patients Alliance, a medical marijuana advocacy group.

The rollout of CBD-based medicines in the UK will go slowly. It could take up to a year before the National Health Service comes up with guidelines to govern the distribution of CBD-based products. Initially, only medical specialists will be allowed to prescribe cannabis, although the guidelines are expected to eventually include general practitioners.

Activists are urging the Home Office to allow medical cannabis for all patients, not just those with pain, epilepsy or nausea.

“We do believe that everybody should have access,” said Liebling. “When you’re talking about cannabis as a medicine, you really do have to compare the risks associated with cannabis that we’re aware of versus the risks of those drugs that patients are already taking.”

Medical cannabis has been legal in Canada since 2001 and about 330,000 Canadians are registered and already have access to it.  But some health officials are less than enthused about the October 17 legalization of recreational cannabis.

“Given the known and unknown health hazards of cannabis, any increase in use of recreational cannabis after legalization, whether by adults or youth, should be viewed as a failure of this legislation,” wrote Dr. Diane Kelsall, interim Editor-in-Chief, in an editorial in the Canadian Medical Association Journal.

Kelsall points to the stampede of Canadian and American companies looking to get into the cannabis industry and predicts many will brazenly advertise their products to young people.

“Cannabis companies may initially focus on attracting current consumers from black-market sources, but eventually, to maintain or increase profits, new markets will be developed as is consistent with the usual behaviour of a for-profit company. Marketing efforts may include encouraging current users to increase their use or enticing a younger demographic. The track record for tobacco producers has not been encouraging in this regard, and it is unlikely that cannabis producers will behave differently,” Kelsall warned.

Kelsall said the Canadian government needs to carefully track cannabis use and should have the courage to amend the law if problems arise.