The companies are developing and nurturing cannabis brands

As the legal marijuana business starts to professionalize, players are emerging who say they want to create multinational franchises and empires, in effect, building the Starbucks or McDonald’s of ganja.

Billy Levy and his partners have other plans.

“We’d rather be like the P&G,” said Levy, managing partner of Green House Brands North America, a cannabis heavyweight that recently launched a global joint venture based in Canada with two other powerhouse pot companies, Canopy Growth and Organa Brands. “We want to set up a home for different brands, nurture them, help them grow and maximize their value.”

Because the future of weed is brands, he said.

That conviction is at the heart of Slang Worldwide, a new partnership between Green House and Organa announced exclusively to Adweek that will try to lead the U.S. market by investing in, acquiring and developing American cannabis brands.

The Slang team will be scouting for popular local and regional brands, for instance, and adding them to the already existing portfolio.

Green House and Organa own Bakked, O.penVAPE, Strain Hunters and Magic Buzz, among others, with distribution in 1,200-plus marijuana dispensaries in 11 states. 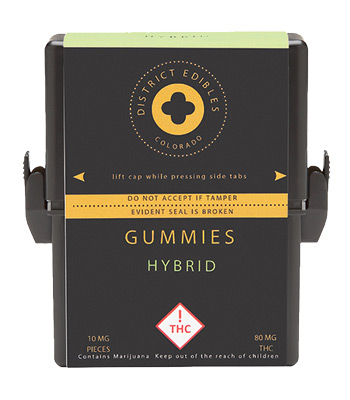 “The industry is so fragmented,” said Levy, who’s also Slang’s chief operating officer. “But there are plenty of parallels with other consumer packaged-goods products. There’s no reason we can’t use the same solid business practices.”

In effect, the ganjapreneurs are taking a page from Constellation Brands, the third-largest beer marketer in the U.S. with more than 100 libations in its stable, including Corona and Modelo, Svedka Vodka and Robert Mondavi wine.

In a move its leadership has dubbed forward looking, Constellation recently spent $191 million for a stake in Smiths Falls, Ontario-based Canopy Growth, the world’s largest publicly traded marijuana company with a market cap of $3.8 billion. (The two will develop and market cannabis-infused beverages.)

The same way that Constellation is a “house of brands,” Slang plans to “bring together a whole host of brands that appeal to a wide variety of consumers, as we look to carve out the biggest market share,” said Chris Driessen, Organa’s president.

The legal marijuana market is expected to top $10.2 billion in the U.S. in 2018, according to Euromonitor International, and industry leaders are betting on nationwide legalization in the coming years.

The focus of the first wave of the so-called “green rush” in the U.S. was on cultivation and distribution, but attention is now shifting to marketing and branding.

Meantime, advertising remains tricky for the nascent American category, which often relies on nontraditional and experiential tactics like live events, social media and influencer outreach to musicians, comedians and actors. 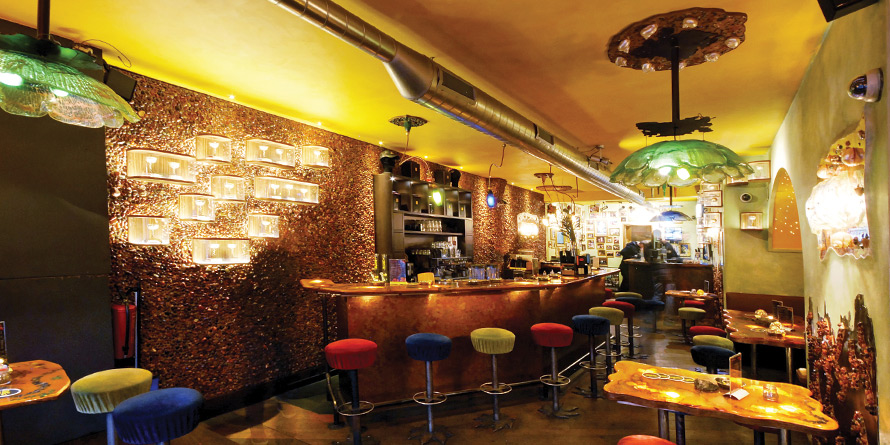 Netherlands-based Green House, with more than 30 years in the business, pioneered the cannabis coffee house with multiple locations in Amsterdam. Its sister brand Strain Hunters, which has a namesake club in Spain, has succeeded in content marketing with 150 million views of its digital documentaries. Those videos follow founder Arjan “King of Cannabis” Roskam as he travels the world searching for rare and unusual strains of pot. Stoked by the launch of Slang, there will be more short films for digital and mobile and possibly a Strain Hunters series on a major streaming platform, execs said.

Slang plans to have a coming out party, of sorts, next April in Denver with concerts and activities featuring a decidedly upscale and mature (nonstoner-dude) tone, said Organa co-founder Jeremy Heidl, who notes that Slang aims to turn strong-selling products like District Edibles into “household names.”

WDJ Creative Thinking, Toronto, and Nue Agency in New York will lead Slang’s marketing charge, which may include alliances with mainstream brands “that once upon a time you never expected to play in this space,” said Alex Kirshbaum, president of Nue. “We look forward to the day that ‘This bud’s for you’ is no longer solely Anheuser-Busch InBev’s classic tagline for an alcoholic beverage.”