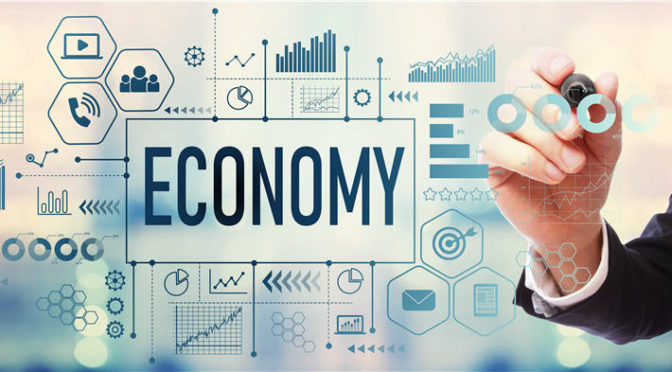 Why Cannabis Will Revolutionize The Global Economy In The 21st Century

Cannabis will revolutionize the global economy in the 21st century.

That’s not a guess. It’s not a prediction. It’s a statement of fact.

The cannabis plant is referred to as “weed” for a reason. It’s a prolific plant species. In comparison to major industrial crops like cotton, it provides much more yield while taking less out of the soil. More productive and more sustainable.

But that’s not what makes cannabis the Miracle Plant that will revolutionize the global economy in the 21st century.

What makes cannabis (potentially) the world’s most valuable and important crop is that cannabis is amazingly versatile and completely benign.

The hemp sub-species of cannabis has thousands of known industrial applications. It can literally be used to make almost anything.

The hemp sub-species is also a super-food, loaded with nutrition. Thus, it is capable of revolutionizing the food industry as a food additive and/or nutritional supplement.

Then there are the cannabinoids in cannabis. This is why cannabis is so incredibly safe/healthy.

Cannabinoids are the active ingredients in the cannabis plant. They are also produced naturally within the human body (known as endocannabinoids). They are essential to human health.

Because of this, as a medication cannabis is safer than anything – and it has already been used as a treatment for thousands of medical ailments. Cannabis is non-toxic and non-addictive, and it is not contraindicated with any other drug.

It has clear potential to revolutionize the $1 trillion per year global pharmaceuticals industry.

As a recreational drug, cannabis is also safer than anything. Tobacco causes cancer (so does alcohol). Cannabis is used to treat cancer patients.

Cannabis makes people healthier. Potential savings on healthcare spending are astronomical as consumers move away from alcohol/tobacco and toward cannabis.

Those are just moves into the Canadian cannabis industry. When the U.S.’s antiquated federal Prohibition on cannabis is finally ended, the trend by Big Alcohol and Big Tobacco will become a stampede.

Most governments and the mainstream media remain completely clueless about this Miracle Plant. But consumers are flocking to cannabis.

Yesterday, The Seed Investor reported on the massive increase in cannabis usage in the United States since the beginning of the century.

But instead of embracing this positive consumer trend, the mainstream media framed this information as if it was something we should fear and dread.

America’s gone to pot, with the number of marijuana smokers spiking dramatically— even in states where it’s illegal — in recent years, a new study shows.

The number of folks who admitted to monthly weed use in states where the drug isn’t allowed recreationally has soared 33 percent since 2002, according to an analysis of federal data by the Rockefeller Institute of Government.

Even more bullish (for investors) is data on consumer behavior toward cannabis among Americans. A July 2019 Leafly article provides a wealth of data (from 21 U.S. states where cannabis is at least partially legal).

And cannabis appeals to all age groups.

While the majority of “frequent shoppers” for cannabis are younger people (58% between 21 and 34 years old), more than a third (35%) are aged 35 to 54. Of consumers who don’t currently purchase cannabis, older Americans actually account for the largest percentage of “Acceptors”, cannabis-curious consumers who are considering trying cannabis.

“Baby boomers that are not purchasing marijuana are 60% more likely than millennials to consider it.”

The Seed Investor has been on top of this strong (and massive) shift in support for cannabis usage among Americans. In a recent article, we explained how and why cannabis is becoming a new “consumer tradition” in the United States.

Then there is the mainstream media.

Instead of looking forward toward the amazing growth potential of cannabis and the cannabis industry, the mainstream media continually looks backward – and with a relentlessly anti-cannabis bias.

A new Bloomberg article epitomizes this negative media reporting and complete lack of understanding of cannabis and cannabis investors.

Investors in cannabis are in this space precisely because of the incredible future potential – thanks to 100 years of cannabis Prohibition. They (naturally) look ahead to revenue growth potential, not backwards at previous earnings.

Only one U.S. state government – Colorado – has shown the ability to provide a sensible and efficient regulatory framework for the cannabis industry. A few other Western states (such as Washington and Oregon) are doing some things right.

Elsewhere, even the states that have partially or completely legalized cannabis are doing almost everything wrong. Over-taxation. Over-regulation. Lack of retail access.

Why? Canada’s provinces (notably Ontario) have also been slow and inefficient in opening up (legal) cannabis commerce. But they are finally beginning to provide the Canadian cannabis industry – and cannabis consumers – with a reasonable level of access to retail cannabis stores.

This revenue growth is just beginning to show up in Canadian cannabis earnings. Next quarter is when cannabis investors will see these big sales numbers reflected in quarterly earnings.

Cannabis valuations are in a severe trough. This is the result of myopic and backward-looking analysis from the mainstream media on the cannabis industry, in what are supposed to forward-looking markets.

When much stronger earnings numbers start to show up on (first) the balance sheets of Canadian cannabis companies, valuations are going to start correcting sharply higher. This provides investors with an extremely attractive window at present to capitalize on this disconnect.