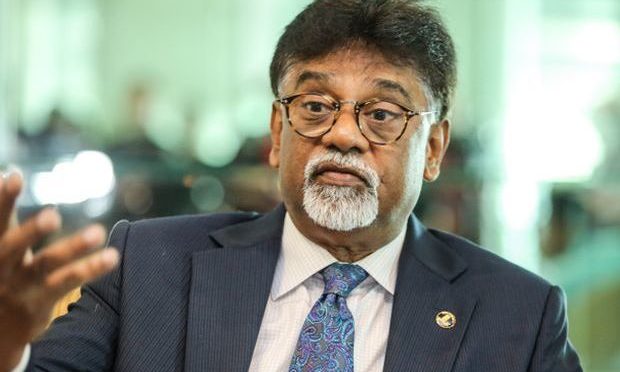 On Monday (Sept 17), Permatang Pauh MP Nurul Izzah Anwar said she would write to Attorney General Tommy Thomas and ask for a pardon for Muhamad Lukman who was sentenced to death for possession of medical marijuana.

On Tuesday (Sept 18), Prime Minister Tun Dr Mahathir Mohamad said that he believes the case verdict should be reviewed.

Dr Xavier told the Star Online he would like the law to be amended so that medical marijuana and cannabis oil are decriminalised under the Dangerous Drugs Act 1952.

“The Government should look at this law considering that many other countries have reviewed it.

“There is plenty of medical research to support the healing properties of medical marijuana and cannabis oil,” said Dr Xavier.

Lukman, a 29-year-old father of one, was arrested in December 2015 for the possession of 3.1 litres of cannabis oil, 279 grams of compressed cannabis, 1.4kg of substance containing tetrahydrocannabinol (THC).

He was nabbed by the police along with his five-month pregnant wife, who was freed later, during a raid at his home.

Fast forward to Aug 30 this year, Lukman was handed a death sentence under the Dangerous Drugs Act 1952 by the Shah Alam High Court.

Under Section 39B of the Dangerous Drugs Act 1952, any individuals caught with the possession of more than 200 grams of cannabis will be charged for drug trafficking, which carries the death penalty.

Lukman’s case, highlighted in a column by The Star news editor Martin Vengadesan on Sept 9, has brought about renewed discussions on Malaysia’s harsh laws against cannabis, with several academicians and activists crying foul of his sentence, describing it as a miscarriage of justice.

On Sept 9, his lawyer Farhan Maaruf told The Star that Lukman only wanted to assist patients who are suffering from ailments that can be treated by THC, an active ingredient in cannabis.

Lukman had no intention whatsoever to distribute or “push” cannabis on the streets, his lawyer Farhan said.

A petition calling for the release of Lukman is now making rounds in social media with over 45,000 signatures as of Tuesday.

Lukman’s case is not the only one of its kind as Amiruddin @ Nadarajan Abdullah, who is known as Dr Ganja, is facing 36 charges and the death sentence for similar offences. His advocates claim he has helped treat more than 800 people.

In many developed countries, the recent trend is to decriminalise and even legalise marijuana, particularly for medical purposes.

Apart from the Netherlands, Canada will legalise recreational marijuana in full on Oct 17, 2018.

In Argentina, the government has been providing medical marijuana since March 2017 while it has been legal in Australia for the last two years. In Uruguay, you can buy it from regular pharmacies.

Switzerland and Russia have also decriminalised marijuana in small amounts. Similarly, laws on it have been relaxed in 17 US states, including California, Colorado, Minnesota, New York, Ohio, Oregon and Washington.